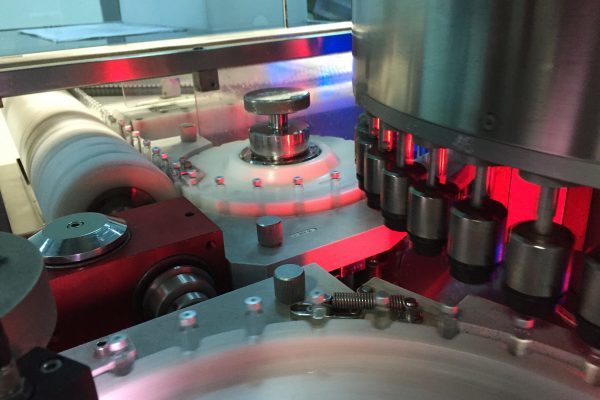 In a working day, dentists pick up a syringe containing a local anaesthetic cartridge possibly dozens of times, yet how often do you pause to think how complex the process has been to get it to you? Stephen Hancocks investigates

Our knowledge of local anaesthetic cartridges, like so much in life, is on a need to know basis. We need to be aware of the components for appropriate patient safety and of the expiry date, but beyond that our knowledge of the processes behind the chemistry and manufacture are probably limited. Yet the complexity is quite surprising.

For example, two methods can be used to ensure sterilisation of the contents: an aseptic manufacturing process or a terminal sterilisation process.

It is up to the manufacturer to carry out appropriate scientific investigations to determine which is the most suitable process for the drug product in question and to submit the results for evaluation and approval by the relevant authorities.

Most dental anaesthetics contain ‘epinephrine’ (adrenaline) as a vaso-constrictor, such as Orabloc (articaine hydrochloridre 4% and epinephrine); the characteristics and chemistry of which are well documented in the literature.

As it is a reducing substance, it is also easily oxidised and therefore requires protection by a suitable antioxidant, generally sulphite or metabisulphite. Additionally, the primary container closures are a rubber plunger and rubber cap seal. Consequently, the characteristics of the rubber must also be studied during the drug product development steps in particular regarding potential extractables and leachables, and stability of the rubber characteristics at various temperatures.

In order to decide which of the two manufacturing process is better for dental anaesthetics containing epinephrine, several steps have to be evaluated:

• The chemical, physical and microbial characteristics and stability of all the drug product chemical entities

• Quantifying potential extractables and leachables from the glass cartridge, rubber plunger and rubber cap seal which on contact with the solution for injection could be potentially extracted into the drug product

• Whether heat treatment at say 80, 100, 120 or 130°C has any negative effects on the solution for injection, on the rubber seal and on the rubber plunger since change in hardness/elasticity could have a negative effect on the container closure integrity and plunger sliding during drug product administration

• Results of stability studies of three batches of the product to set the batch release and shelf life specifications.

It is not until the results of the above investigations are obtained that the most suitable manufacturing process can be proposed and validated.

What differences can the sterilisation process make?

With regard to the components, articaine hydrochloride and epinephrine injection as a sterile solution in water for injection there is only a general description in the regulations, with no mention of excipients, antioxidants, rubber closures and manufacturing process to be used.

Thus, this is the same for both the aseptic and terminal sterilised products.

With regard to the assay of articaine (38-42mg/ml (3.8-4.2%)), if the product is manufactured aseptically there is no detectable change in the assay. However, if manufactured via terminal sterilisation, there will be a loss of 0.1-0.2% due to the hydrolysis of the articaine to form articaine acid.

Similar assessment of the epinephrine shows no detectable change when produced aseptically, however, since it is heat labile and reacts with the sulphite/bisulphite to form epinephrine sulphonic acid about 5-6% is lost during the sterilisation process. Consequently, an anaesthetic produced aseptically requires a 5-10% additional content, while the terminal sterilisation process requires at least 15% to compensate for this degradation.

A further consideration is that the sulphite/metabisulphite anti-oxidants react with any residual oxygen in solution to form sulphuric acid (that lowers the content’s pH over time) and with the epinephrine to form epinephrine sulphonic acid. The foregoing reactions are faster and more pronounced when the drug product is heat treated. For example, sterilisation at 121°C for 20 minutes causes about 4-6% loss of the epinephrine and about 15-20% loss of the sulphite/metabisulphite.

Which manufacturing method is best?

So, the next time you ask for ‘just a local’, spare a thought for all the considerations that have brought the humble cartridge safely into your hands.

*Orabloc (articaine and epinephrine Pierrel) is approved by FDA and EMA agencies and is produced aseptically at an Italian manufacturing site.