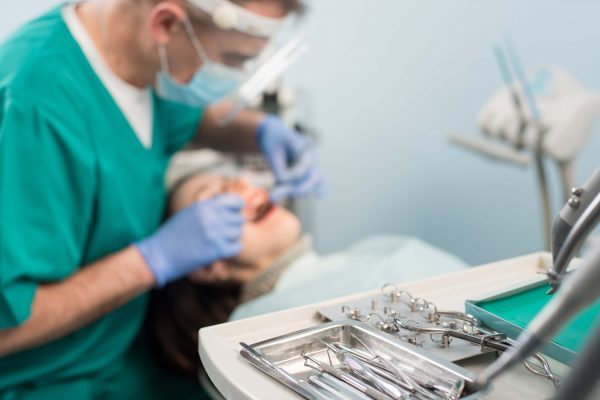 More than three quarters (77%) of dentists would support a government move to a core NHS dental service.

The 2018 NHS Confidence Monitor shows 77% of dentists would support a core service available to vulnerable groups and those who cannot afford to pay.

‘There is a misconception among the profession that having a core service will mean more money to spend on dentistry,’ Eddie Crouch, deputy chair of the BDA’s PEC, said.

‘The worry at the BDA is that if you have a core service the funding changes to core funding.

‘It doesn’t guarantee that the funding available now is concentrated into that.

‘If dentistry is to be starved of additional resources it should be focused on providing real prevention for the young and the elderly.

‘So children are not having general anaesthetic in hospitals and the elderly in care homes are not suffering dentally as they are at the moment.

‘It is a real scandal in a civilised society.’

Despite supporting a move away from the current provision, dentists completing the 2018 survey wouldn’t support dropping dentistry from the NHS completely.

Only 42% of dentists would support dropping dentistry completely from the NHS, the results show.

And 56% would support a move to a core service that provides treatments in emergencies only.

‘Dentistry is fighting a huge battle when it comes to arguing for a bigger portion of the already stretched budget for the NHS,’ Nigel Jones, sales and marketing director of Practice Plan, said.

‘Yet most of us working within the profession can see that more funding would go a long way to creating a preventative service that best serves dentists and patients.

‘However, when even the current allocation of funds for NHS dentistry is being eroded via escalating clawback, the signs are not good and with fee paying patients responsible for an ever increasing proportion of the total NHS dental spend, some would argue we are already moving towards a core service.

‘A core service may be the best option for instigating positive change and protecting vulnerable groups to ensure they can access dental care, something that is not necessarily happening under the current English contract.

‘However, such a move should be done openly and transparently rather than by stealth.’

The number of people calling 999 and 111 for dental problems has been increasing over the last three years.

There are increasing numbers calling 111 for dental issues too:

‘When families in Bradford need a dentist and log on to NHS Choices they have literally nowhere to go,’ Mick Armstrong, chair of the British Dental Association, said.

‘These patients end up being passed from pillar to post, simply because health commissioners have failed to provide enough dentistry.

‘NHS websites and hotlines are all well and good, but access can only be guaranteed through real investment.’

If you would like to have your say on working within dentistry, the 2019 survey is now just three days away from launching.

It includes questions on the GDC, recruitment and mental health, along with the potential impact of the reformed NHS contract.

Visit dentistry.co.uk to take part from 1 April to add your voice to the debate.