One year since I left the prototype programme… 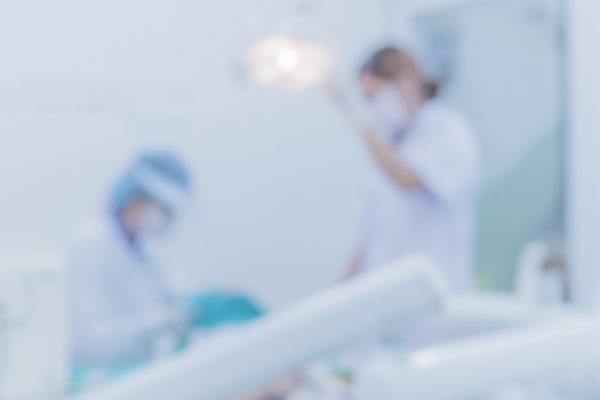 One year since I left the prototype programme…

Fliss McCalmont spoke to Joe Hendron a year after he withdrew his practice from the prototype programme.

A little over a year ago, Joe Hendron wrote an open letter to the then-Health Secretary Jeremy Hunt withdrawing his practice from the prototype programme. He cited the reasons for this as ‘excessive access targets’, the reintroduction of the ‘abomination’ of UDAs and the contract’s failure as a business model.

Now some time has passed since he made the decision, and ahead of his appearance on a panel of dentists at a ‘What Next for NHS Dentistry?’ event, and with a year to go until the roll-out of the reformed contract, I caught up with Joe to find out how he feels now and what his thoughts are on the future for the profession…

Fliss McCalmont (FM): It’s been a year since you left the prototype programme, how is your practice faring now?

Joe Hendron (JH): Like all practices delivering NHS dental care, the period between January and March gets increasingly stressed as we try to ensure that we have delivered on the contracted targets or, indeed, that we don’t exceed them. In both scenarios we stand to lose out – through clawback if we are short on the targets and unpaid delivery if we go over by more than 2%. With a contract delivering more than 30,000 UDAs with five performers, it can be a challenge to fine-tune things and the fact that we are treating patients with needs, takes a back seat to the thought of targets. It is so unprofessional.

This year we have only the activity target to achieve and are not chasing new patients at the same time as closing as many treatments off as possible. In this respect our practice is much more relaxed compared to last March. However, we still have many more patients to care for than we feel is reasonable as a result of our excessive access targets set under the prototype. The benefit of this was that achieving activity this year was less of a problem than in years prior to the pilots.

Overall, staff morale is moderate with no significant increases in remuneration yet pension deductions rising to 5%. However it is an improvement compared to this time last year when morale was rock-bottom, trying to deliver targets in a professional manner. Profitability has not improved on leaving the prototypes, probably due to the fact that we are working as many hours on such a high patient cohort.

Specifically, on the continued use of dental therapists, patients must now be seen by a dentist to open every course of treatment. This was not the case when we were carrying out prototype Interim Care Management (ICM) appointments. It is difficult to justify two appoint slots for a recall involving the therapist. Patients still cancel appointments at short notice with therapists and I do not believe they yet appreciate the value these colleagues bring to dental practice. I believe that dental therapist/hygiene services may well be regarded more highly in a private set-up.

FM: How do you feel now about your decision?

JH: I stand by my decision to leave the prototype and I understand there are others who may well be following me this year. It was costing us too much in financial as well as emotional terms. Long-term staff left us as a direct result of the workload we had under the prototype and the Department of Health and contract reform team (CRT) were just not listening to us. We tried to make constructive criticism of the reforms and it all fell on deaf ears. It was their way or leave. We signed up in good faith to help improve the dental contract for our colleagues and our patients, but this was not a mutual relationship with the CRT.

Since we left, no changes have been made to improve the reform process so what would we have gained by staying? Access is still the primary driver, activity is the back-seat driver and prevention is still missing the bus! What I said in my speech at the Annual Conference of LDCs last June still holds true.

FM: The reformed contract is set to be rolled out from April 2020. What are your thoughts on how this might happen?

JH: The dental profession has been promised that roll-out in 2020 will be gradual and practices will be able to choose whether to sign up. They will not be able to choose which blend (A or B) to operate under but there will be an expectation, no doubt, on NHS England commissioners to sign up a minimum number of contracts year on year on the blending that the commissioners choose. As time goes on, the ability to sign up to the prototype style contract or stay with the 2006 contract will become restricted with eventual phasing out of the 2006 rules.

I very much doubt that there will be a ‘big bang’ as software companies and NHS England will be unable to cope with the changes that will be required. Training in the new scheme is essential both in the new ways of working, the new regulations and the IT changes in claiming and monitoring. Making time to get the changes right will make for a more successful transition – this is simply common sense. This government and their commissioners, however, have shown time and time again that this is not an attribute they possess and their impatience to push through policies and, in particular, procurements, leads to unsatisfactory outcomes for all parties involved.

FM: What impact do you foresee the reformed contract having on the profession?

JH: I ask again – where are the reforms? The initial aims were to find an alternative to the UDA, improve the delivery of dental care to our patients, maintain access and improve the working conditions of the clinical workforce – all for no additional money.

We have the Oral Health Assessment, which formalises Royal College and Delivering Better Oral Health guidelines. It takes time to carry this out properly and get the patient to buy into the cooperation required. Most patients don’t have degrees or diplomas in dental health and it takes time to explain the concepts to them, reinforcing it at subsequent reviews. Provision of additional time is not on the table! So what’s the point, I hear you ask.

The UDA is still there.  Access is increased, which means longer waiting times for treatment, resulting in planned care requiring more work than originally envisaged. Having the additional target of maintaining access as well as the UDA activity, simply increases the stresses on the workforce. Additional costs of IT upgrades and staffing changes have to be met by the practice as there is no new money.

Is this a more attractive proposition? It is like the fable of the Emperor’s New Clothes – promises of an outstanding result but when you really look at it, any reforms are an illusion. We still have target-driven healthcare with the same associated perverse incentives. Stress levels will remain high and NHS dentistry will continue to be an unattractive career for young dentists coming into the profession. Those at the other end of the career pathway will welcome retirement sooner than they would otherwise have planned. Patients will have to wait longer for their care and pay more for it.

FM: What are the key things that NHS practices need to be thinking about now to prepare for April 2020?

JH: Practices with stable patient lists will fare better than those with a higher turnover. Access targets will probably be set using the numbers of patients seen between 2016-2019, so knowing these figures at this stage and maintaining them up to the point of embarking on the new contract, will be a big help.

Practices which meet their UDA targets easily every year will fare better than those that struggle to do so. Do not be succumbed into thinking that the reduction in UDA targets in blends A and B will be the panacea to avoiding clawback. There is the more challenging access target to balance as well, as the three waves of prototype practices have found over the past eight years. All these practices were considered successful before signing up, achieving their UDAs year on year, but a significant number found themselves subject to clawback for the first time and still struggle to make the targets.

How to make it work? We need more time to provide the care for which we were trained, to develop a collaborative approach in our skill mix, and to get the preventive message out to those who need it. Reducing access levels by 10-15% will allow the time we need to do the job properly. In time, as oral health improves as a result, we will be able to increase the access – but there is no point in putting the cart before the horse.

The expectation for dental practices to do more for less must end. The money must follow the patient and all clawback should stay within dentistry. Investment in contract values is essential if the profession is to provide a safe and effective dental service which is capable of delivering the care that the population of this nation expect and deserve.

Joe will be a panellist at a ‘What Next for NHS Dentistry?’ event discussing the impact of the roll-out of the reformed dental contract in April 2020. He will be joined on the panel by Onkar Dhanoya, Shiv Pabary MBE and Louise Hunter at the event in Durham on Wednesday 27 March. To book your free place or for more information about future events, click here, or contact [email protected] or call 01691 684163.