Slashers, side hustles and dentists 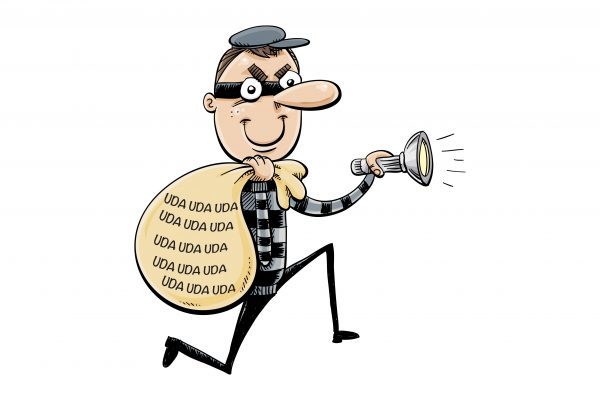 Slashers, side hustles and dentists

I have never really thought of myself as much of a serial slasher, let alone a side-hustler, but I stand corrected on both counts.

I would like to plead guilty as charged and ask that 47 years of multiple previous offences be taken into account.

I graduated into a world, and into a dental profession, where the normal expectation was to remain in that profession for your entire working life.

Today, the much greater likelihood is that you will not. I entered dental school in a year cohort of about 70 preclinical dental students but on starting our clinical studies a year later, all but six students in a surviving class of 50 were male.

Several of my year group fell away for one reason or another – and a couple fell over (it had been the swinging sixties, after all), with the result that something like 35 of us graduated on schedule, three being female.

Neither pregnancy nor paternity duties had reduced our ranks, I would confirm before anyone misunderstands my direction of travel here.

In those days, the superhighway in dentistry, frequented by about 75%, was to start life as an associate working almost exclusively in the NHS, and (for many) to become a practice owner in due course – against mostly dependent upon the NHS.

That ‘due course’ in my case took just three years, including six months doing a house job immediately after qualifying.

How different the early stages of a professional career are today, in almost every respect.

I spoke to one fellow slasher quite recently. He had become completely disillusioned to discover that he could not practise the kind of dentistry he had been trained to deliver, if he remained in NHS practice.

He had tried one privately-owned practice and jobs in two corporates but the experience was demoralising in too many senses of the word and he was looking for answers that did not exist.

In one workplace, he was waiting for patients that did not exist either.

So he explored other avenues outside dentistry – first in his spare time, then one day a week and now two to three days a week.

He still does locum work, and has recently completed two stints of maternity leave cover in private dental practices.

He has a share in a bar/restaurant with a friend and he also helps his wife to run her own business.

He is now as happy as a pig in…mud. Or something like that.

And when asked what his occupation is, he answers (with a beaming smile) dentist/restauranteur/bar owner/business consultant: hence ‘slasher’.

A ‘side hustle’ shares many of the same characteristics in that it involves a small enterprise or activity being carried out for financial gain, alongside a main employment or primary revenue from full-time or a significant part-time work activity.

Being able to cite a respected profession like dentistry between the slashes adds a credibility and safety net over and above any revenue it brings to the party.

Both are variants on what has come to be described as a ‘portfolio career’ and it has arrived big-time for the professions, just as it arrived big-time in financial services and many other parts of the commercial world.

It is now an established and fast-growing feature of professional careers in medicine, veterinary practice, the law, accountancy, and yes – dentistry too.

The British Medical Association believes that embracing, encouraging and supporting portfolio careers may be a crucial ingredient for stemming the exodus of medical GPs from the UK workforce.

Many people dabble in property, or other forms of investment, while others seek out positions as non-executive directors, or in the voluntary sector.

For some, the payoff is always financial while for others, it is sanity, variety and interest.

It can also be the security of not having all of your eggs in one basket.

I have been blessed with having outlets for my writing, lecturing, advisory and consultancy work throughout my career in dentistry – and even that included a 15-year period where full-time and then part-time clinical dentistry overlapped with a career in the medicolegal field. Both of my neurones will be ever-grateful for that precious balance.

I had naively assumed that ‘going plural’ was yet another option in one of those pull-down menus on forms which ask you to state your sex or sexual orientation.

I lost count when the options reached double figures although I did experience a fleeting pang of remorse that I had somehow been missing out. But ‘going plural’ is apparently no more than a buzzword meaning that you consciously run two or more careers in parallel.

Most young dentists today have reconciled themselves to the possibility – or even the probability – that they may never own and operate a practice of their own.

But today’s dental graduates are highly intelligent, capable professional people and they do not take kindly to the frustration of instead being cogs in a machine that they cannot control and where they have to watch daft decisions being made by daft people who think that they know best.

The British Dental Association’s own research published last year leaves no room for doubt as to the scale of the malaise, especially within corporate dentistry.

These dentists are prime candidates for developing portfolio careers.

The workforce and Brexit

But where does this leave the UK dental workforce – with or without the added complication of Brexit?

And is the UK government already thinking in terms of a slimmed-down workforce of registered dentists, and preparing itself to make up the shortfall with expanded-duty DCPs who can be trained in larger numbers, more cheaply and more quickly?

The once-mooted option of recovering some of the huge outlay on training doctors and dentists in the traditional way, unless they satisfy some preconditions regarding ‘payback’ through NHS service after graduation, is now more likely to deter school-leavers and graduates from applying for medical and dental training in the first place. That horse has probably bolted.

The government has acknowledged that there is a recruitment and retention crisis for medical GPs but it is either still in denial that the same problems exist in dentistry, or is quietly content in the knowledge that the ‘problem’ is fixing itself.

And each UDA that is under-delivered by dentists in England and Wales, is a UDA that can be clawed back and its value redeployed elsewhere in the NHS, far from dentistry.

The scale of this stealth heist grows by the month and has already reached shameful levels.