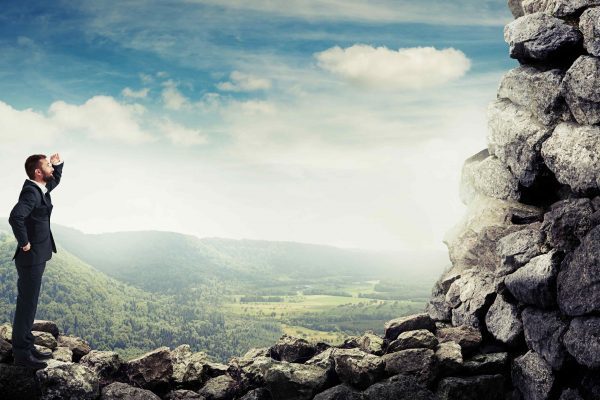 There’s a neat visual metaphor that has stuck with me for a long time…how do you eat an elephant? One chunk at a time.

This was so true of Lejog – the thought of cycling 1,000 miles from one end of the country to the other didn’t exactly fill me with joy.

One thousand miles is a long way – more than I’d ever cycled before by a huge margin.

If I’m honest, I didn’t know if I could do it – it seemed like a mammoth task (excuse the pun) with big obstacles to overcome: the hills, the wind, the rain and the cold to name just a few!

However, it quickly became apparent that the way to achieve our overall goal was to break it down into a series of smaller goals, and that’s what we did.

Already, 66 miles in a day, seems much less daunting and much more manageable than 1,000 miles, but then we broke it down again.

As I cycled, I even found myself breaking those 20-mile chunks down even further into five mile sections, mentally ticking them off as I went along.

Before we knew it, we were five days in and we had over 300 miles behind us.

It was encouraging to stop and look back at how far we’d come, which made the miles ahead less daunting.

And so it is with business…sometimes the big things you want to achieve seem scary, almost impossible to achieve.

But if you break things down and keep ticking them off, it’s amazing how far you can get in a short space of time.

The key is to not get too hung up by the end goal, but to keep chipping away, and before you know it, the end is in sight.

Of course, you hit obstacles and challenges along the way (punctures, falls and terrible weather were a few of ours) – that’s just the way of the world, nothing moves in a straight line…especially cycling!

We treated these as minor and temporary setbacks and we never failed to get to where we needed to be at the end of each day…even if it took a little longer than anticipated.

Of course, the key to overcoming those obstacles was in the preparation…and that’s the subject of my next blog.