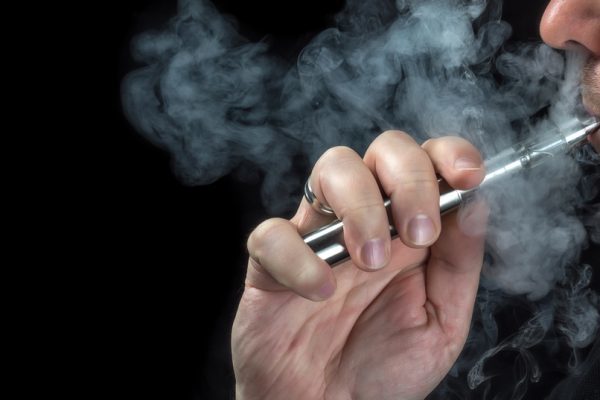 Twenty-nine per cent of health professionals would not recommend e-cigarettes to cancer patients who already smoke, according to research presented at the 2018 NCRI Cancer Conference in Glasgow

While e-cigarettes may pose some health risks, evidence suggests they are much less harmful than smoking. Health bodies, including Public Health England and the Royal College of Physicians, have given support for the use of e-cigarettes as a less harmful alternative.

Researchers say their findings highlight the need for clearer guidance and training for health professionals around endorsing e-cigarettes to cancer patients who smoke.

‘Smoking is a well-established risk factor for many common cancers. It is the single biggest avoidable cause of cancer in the world,’ said Dr Jo Brett, a senior research fellow in the faculty of health and life sciences at Oxford Brookes University, UK who presented the study at the recent conference (Brett et al 2018).

‘Problems caused by smoking continue after a cancer diagnosis. It increases the risk of treatment complications, cancer recurrence and the development of a second primary tumour, leading to an increased risk of death. So it’s vital that these patients are encouraged to stop smoking.

‘E-cigarettes are now the most popular intervention for smoking cessation in the UK. However, little is known about health professionals’ knowledge and attitude towards e-cigarettes and whether they are endorsing use of e-cigarettes with cancer patients.’

Dr Brett and her colleagues surveyed 506 health professionals from across the UK, including 103 GPs, 102 oncologists, 100 cancer surgeons, 103 practice nurses and 99 cancer nurse specialists.

Health professionals were asked about their knowledge of e-cigarettes, whether they would recommend them to cancer patients who smoke and what their hospital or practice policies were on the use of e-cigarettes.

Forty-six per cent said their hospital or clinic did not have guidance on what advice they should give to patients about the use of e-cigarettes, with a further 45% saying they did not know if guidance existed.

Dr Brett says that hospitals and clinics need to develop policies on e-cigarettes for harm reduction in cancer patients who smoke, and she believes health professionals need training to improve their knowledge of the existing evidence and policy on e-cigarettes. She hopes to continue this work by developing and testing ways that e-cigarettes can be used to help cancer patients to quit or reduce the number of cigarettes they smoke.

In April 2018, the National Institute for Health and Care Excellence and Public Health England published updated guidelines on stop smoking interventions and services. While they acknowledge that many people have found e-cigarettes helpful when quitting tobacco, the guidelines recommended that health and social care workers explain that evidence for their use is still developing, including research on their long-term health impact.