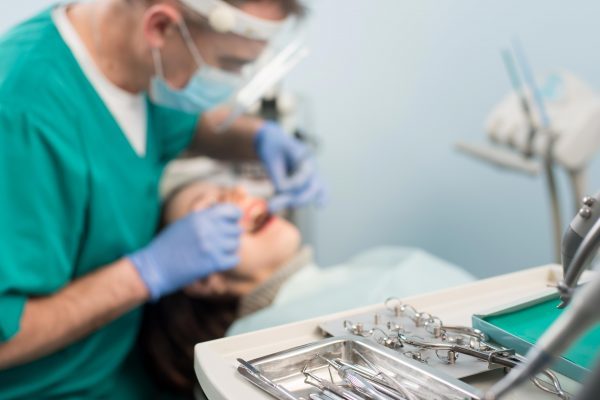 The phrase ‘too big to fail’ suggests an echo from a previous generation. A generation that lived and thrived before Lehman Brothers and RBS, before the global financial crisis and before the eclipse and demise of so many companies that were the global giants of their day in a variety of fields. The same might have been said (and true) of dinosaurs – although we now use that word as a metaphor for people and things that fail to evolve, and therefore fail to survive.

A week never passes without the same observations being made of the NHS. It is much closer to being genuinely too big to fail, for all kinds of reasons, but some parts of it are continually struggling to avoid doing just that.

The NHS is way beyond ‘big’ and the signs are that it understands ‘big’ a lot better than it understands ‘small’. But small is more personal and more manageable than big, and infinitely more manageable than ‘humungously big’. Small is also more agile, more flexible – and not only is the bottom closer to the top, but the top is also closer to the bottom. Anyone who has worked in any very large organisation will know that these are two entirely separate things, and both of them important.

There have been so many ‘false dawns’ in the creeping corporatisation of UK dentistry that it would be either brave or foolhardy to express an opinion on whether we have finally entered a one-way street to a mostly corporate destination (as has happened to the pharmacy profession), or are simply in transit once again.

The corporates must first take the credit for having rescued the baby boomer generation of practice owners from what might otherwise have been a desperately difficult period for sellers. Because new money entered dentistry at that time (much of it from venture capitalists), practice values held up remarkably well through the 1990s and 2000s and even weathered the credit meltdown that followed the global financial crisis a decade ago.

The Health and Social Care Act 2003, coupled with Section 60 to reform the Dentists Act a year or so later, created new opportunities for both the corporates and the NHS. And, it is fair to say that both saw these opportunities more clearly than most of the rest of dentistry did at the time. It was a silent and systematic unpicking of longstanding professional privileges.

The corporate market has since ‘refreshed’ itself yet again – new owners and investors, new branding, new entrants and some consolidation. However, we have also seen the reappearance of some old problems and (the dental corporates would argue) perpetuation of some old stereotypes.

It is no secret that the NHS and the General Dental Council (GDC) are in the thrall of the corporates. The NHS uses them as a stick to beat the rest of the profession with, as nobody can compete with the improbable balance of promised UDA volumes and values at which they bid for (and are offered) NHS contracts.

Corporate groups represent around 15% of the market, but already held 40% of all NHS contracts in England three years ago, and these were worth £1.3 billion even then. Some of the clawbacks from the corporates have been eye watering, but more significantly, these are still contracts that eluded the little guys and gals then and now – so the corporate wins in other, less obvious ways.

Accepting clawbacks (if you can afford them) also makes more business sense than chasing loss-making UDAs at the year end.

One of the problems of ‘big’ is that you need to keep the machine running; if you offer to deliver dentistry at a penny a can, you have to deliver a lot of it to make the sums work. In some cases, ‘awful’ is used advisedly. You need lots of people churning out those UDAs, which becomes less easy now that we are moving into an era when the greatest competition is going to be for the diminishing supply of those people.

Last month, the British Dental Journal featured two articles by Ellena O’Selmo (one of them co-written with BDA policy and research colleagues) reporting on research into the working environment of associates in both corporate and non-corporate practices. Predictably, those in the non-corporate practices reported a greater sense of clinical and operational autonomy and control in decision making.

Associates in the corporate sector were more likely to have UDA targets to meet. This is not overly surprising given that corporates are structured and operated to maximise productivity and income while minimising operating costs. They put the interests of shareholders above all other considerations.

Despite earning levels being broadly comparable, the morale, sense of security and value and job satisfaction were also better amongst those associates working in the non-corporate practices compared to those in the corporate sector. Cynicism aside, this is neither predictable, nor inevitable. Yet, if so many dentists are feeling like this, it must be disappointing to hear.

Even less predictable – and arguably downright surprising – is the finding that the associates in the corporate settings were much less likely to believe that their practice was well managed. This is supposedly one of the cornerstones of the corporate approach, but the negative responses could be the flip side of feeling yourself to have less control of policy and management decisions.

Perhaps the most worrying knock-on effect is that corporate associates reported a lower level of satisfaction with the standard of care that they were able to provide within the constraints of their working environment.

In theory, this should be enough to prick up the ears of the GDC. However, in the large corporates the GDC sees an opportunity to embed ‘best practice’ in more locations, more quickly.

Cottage industries are neither renowned for being easy to reach and communicate with, nor for being receptive to major cultural or process change. But while individual dentists and smaller dental practices are incredibly heavily regulated, the GDC has still not seen fit to use the power already at its disposal to regulate the corporates and larger practice groups more proactively. This hands-off approach is increasingly puzzling unless one simply accepts that the GDC has fallen for all the corporate rhetoric. There are probably fairies living at the top end of Wimpole Street, too.

There are other stories buried in all of this. Individual associates who speak of finding themselves incredibly happy and fulfilled in a corporate environment when they had been led to fear the worst. Corporate groups who appear to have stalled in their number of locations, others that have expanded (some of them quite rapidly) and others again that appear to have shrunk. And, most obviously, perhaps, the fact that there are probably 200-250 groups of three to 10 practices. While they are clearly different from the single-handed owner/operator, it makes no sense to conflate them with the mega corporates and/or the small handful of middle-sized corporates.

The word ‘corporate’ may be generically accurate, but it is misleading: they are not all the same size, they don’t all have the same characteristics and ethos, and it is wrong to blame the good ones for the sins of the less good ones.

The fact that one hears most of the worst anecdotal stories from within the larger ones may simply reflect the arithmetic: more people equates to more stories. But it appears that the picture is more complicated and nuanced than that. Big is not necessarily beautiful.

The direction of travel may be good for investors/shareholders, but whether it is equally good for dentistry, for dentists (whether inside or outside the corporates), for competition and choice and not least for the quality of patient care, is an entirely different question. In fact, lots of questions, and
it’s about time somebody started asking them.