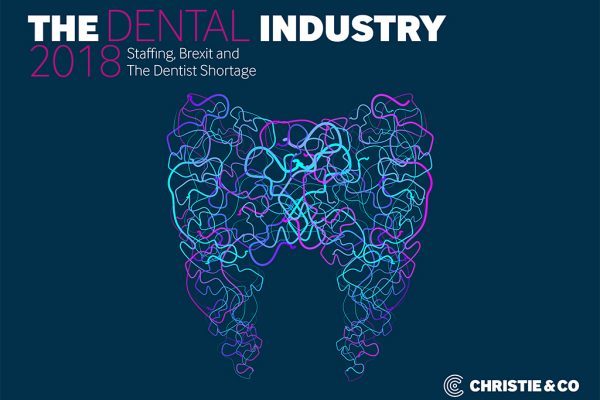 In the Christie & Co Regional Associate Shortage analysis, the company obtained financial data from over 500 dental practices and undertook a survey of operators across the country to support the associate pay rate analysis. They also utilised census, house price and CQC data to consider wider factors associated with pay scales and therefore the supply of associates across the UK.

Christies & Co’s reports says: ‘The extent of work undertaken by individual practices on behalf of the NHS varies as do pay rates for dentists who carry out NHS dentistry. Pay rates are assessed on a ‘per UDA’ (Unit of Dental Activity) basis with our pay rate analysis in this part of the report relating to associates (as opposed to principal dentists).’

They found that London has the greatest supply of dental practices in England after accounting for population density. The South and South East of England similarly benefit from a relatively high proportion of dental practices, translating on a population level, to be on average c. 4.7k-4.9k patients per practice.

Christie & Co’s analysis found that pay scales, as measured by average associate rates per UDA, varied significantly by region ranging from £10.01 to £11.19. The overall average for England & Wales was found to be £10.44.

The regions with the highest pay scales were the south west, Wales and the east of England. Operators have identified these regions as being particularly challenging areas for recruitment and, therefore, it would suggest these higher rates are required to attract labour.

Associates in the West Midlands appear to be paid the lowest rates on average. It was found that the Midlands represents a mixed picture and for some operators, this represents a relatively difficult area to recruit. The survey showed relatively high rates being paid by some operators, but not others, suggesting this is an area where recruitment experiences vary significantly for employers and the reported average should be interpreted accordingly. Interestingly, London is the second lowest paid region.

It is acknowledged that whilst higher rates are paid in parts of the country in order to attract demand, issues around the quality of staffing are not necessarily solved by these higher rates. Quality remains a key issue for operators.

As anticipated, Christies and Co found that associate rates did not conform to the usual salary trends in terms of correlating with the cost of living for a given area.

Interestingly, lower salaries are paid in London and the South East where house prices are the highest. The data broadly suggests that dentists choose to work and live in affluent areas, the impact of which is an oversupply of dentists which in turn depresses associate rates.

Simon Hughes, managing director of Medical at Christie & Co commented, ‘Christie & Co’s Dental Industry 2018 report finds that the South and South East has historically had among the lowest associate pay rates with London itself the second lowest paid region. A high proportion of newly qualified associates gravitate to these more urban settings for social and family reasons, as indicated by average house prices.

‘A greater supply of dentists in these urban settings allows employers to pay lower, more competitive associate rates within cities and densely populated areas. However, there is increasing upward pressure on pay scales in this area with significant demand for quality associates.’

For more information on the report see www.christie.com