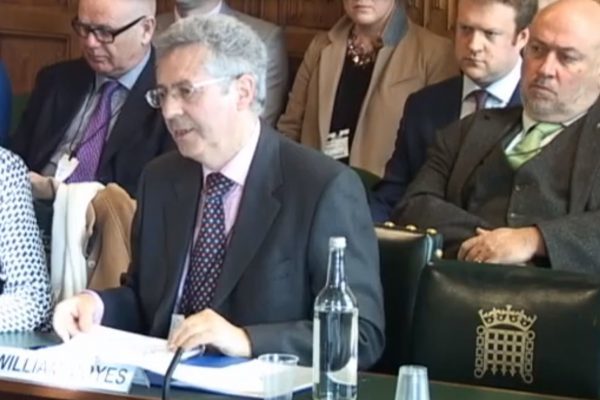 In his first blog for Dentistry.co.uk, Dominic O’Hooley calls for real leadership from the General Dental Council.

What do years of pain, hubris, risk appetite and excuses all have in common?

They fit within the subjective framework the GDC uses to justify both its initial momentous 55% ARF increase in 2015, from £576 to £890.

But also its yearly ‘justifications’ for retaining the onerous sum, most recently for 2019.

Pain is signified by the resounding shout from the profession, wounded animals backed into a corner, as they attempt to swallow the bitter pill of this awful ARF increase.

Coming from a heavy-touch regulator whose own chairman admitted how disenfranchised dentists were, but blamed it on our failure to understand the GDC’s true role rather than perhaps his widely derided Malcolm Pendlebury Memorial Lecture, goals for a GDC expanded remit and so many truly awful FTP outcomes.

After his performance in front of Dr Sarah Wollaston MP, where his defiant comments again laid blame directly on dentists, many felt he should resign.

Hubris – the conceit to accept almost total disengagement of a careworn profession, sick and tired of heavy touch regulation, fearfully deskilling and defensively practising, to try and mitigate against the dreaded letter, whilst continuing with being heavy touch, keeping fees high, using subjective justifications and excuse after excuse after excuse.

How can this not be seen as the biggest risk of all?

The erosion of a once confident profession with a direct detriment to both patient care and safety.

No wonder only 95 individuals bothered to respond to the GDC’s recent consultation – Clear and Certain: A new framework for fee-setting.

It didn’t even include anything about the level of the ARF!

Again, in the 26 July GDC council document – Fee Policy Framework: Draft Consultation Report, dentists were clearly blamed for having the temerity to give their views on the current ARF level, rather than ignoring this enormous elephant in the room to play by the GDC’s rules.

Risk appetite is a way of stating an organisation’s acceptance of levels of specific internal and external risks.

From my detailed review of GDC council meeting minutes, its annual report and accounts and many of its quarterly finance reviews, it is abundantly clear both that the GDC has no appetite for risks but more importantly, makes entirely subjective judgements of risks, ignores evidence that proves these risks have been overplayed, and uses these risks to justify not reducing the ARF.

Ian Brack, GDC chief executive, used the risk of a hard Brexit as one of his main justifications for not reducing the ARF for 2019.

A reduction in ARFs generated due to European dentists leaving, or not coming to the UK, leading to a need to bolster reserves to an unprecedented seven plus months of operating costs, being his fear.

The funny thing is, this excuse was used as a budget prediction for 2017 and it did not materialise at all.

Why not show real leadership and give us a meaningful reduction in our ARF instead of putting a finger in the air for some vague Brexit risk?

Why not start the difficult process of engaging with the profession you profess to regulate?