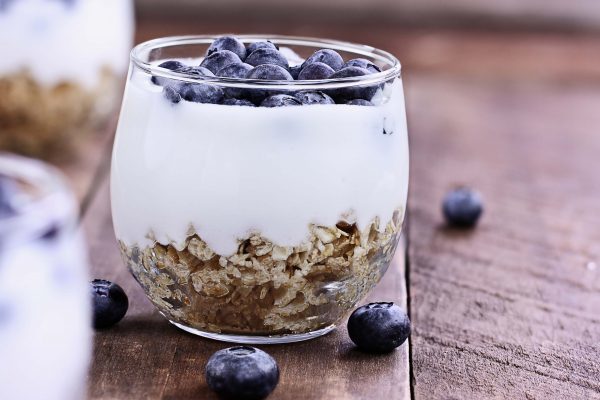 Some yoghurts contain more sugar per 100g than cola, a new study from Leeds University has shown.

Despite often advertised as a ‘healthy’ alternative, many yoghurts were full of sugar.

The only yoghurts described as as ‘low in sugar’ (below 5g of sugar per 100g) were natural and Greek-styled yoghurts.

‘While there is good evidence that yogurt is beneficial to health, products on the market vary widely in nutrient content,’ Dr Bernadette Moore, from Leeds University, said.

‘Items labelled “organic” are often thought of as the “healthiest” option.

‘But they may be an unrecognised source of added sugars in many people’s diet.’

Diets high in added sugars are linked to obesity and poor oral health, authors from the study say.

The research calls for changes to UK labelling laws, to better educate the public on sugars.

Current laws do not require the declaration of added sugars on nutritional labels.

‘In the UK, on average, children eat more yogurt than adults, with children under three years old eating the most,’ Dr Barbara Fielding, study co-author, said.

‘It can be a great source of protein, calcium, and vitamin B12.

‘However, we found that in many of the yogurt products marketed towards children, a single serving could contain close to half of a child’s recommended daily maximum sugar intake.