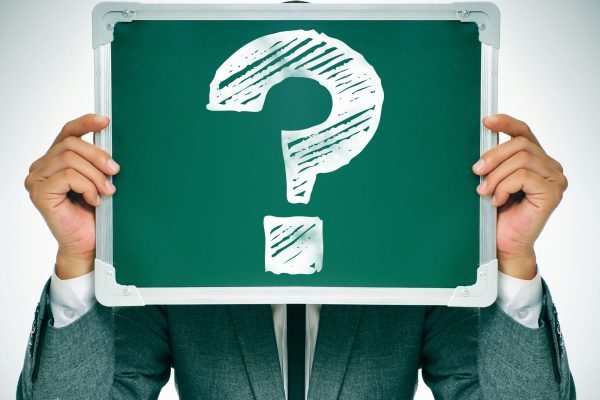 The current arrangement of dentists only ever being part of wider healthcare when it suits no longer suits, Kevin Lewis says.

The place of dentists and dentistry within the expansive panoply of healthcare, the medical establishment, and the NHS has become a mystifying conundrum indeed. One moment we appear to be inextricably embedded as part of the fold, the next moment we are on the fringe and sometimes it almost appears that the door is shut and bolted and the locks have been changed, but nobody thought of mentioning it to us. Part of the problem is that we have always been semi-detached from medicine in the eyes of the NHS – but to be fair, that is exactly how dentists always wanted it to be because it suited us at the time. More fundamentally, perhaps, dentists and dentistry have been semi-detached in the psyche of medicine and the medical profession itself.

The NHS is the UK’s biggest employer by a country mile, so the Treasury has a very active interest in how much is being spent on staffing it. This year’s DDRB pay award is a case in point. The clue is in the title ‘Doctors and Dentists Review Body’, from which one might conclude that dentists share a level playing field with the medics in this part of the NHS club.

Wages inflation across the whole UK economy has been quivering around the +2.75% pa mark, which is about 0.5% more than CPI – a rare phenomenon in recent times with most people suffering years of below-inflation pay deals (at best). But GDPs and GMPs get another below-inflation award at 2%, and for the GDPs (but not the GMPs) even this is postponed until October 2018, so it isn’t even worth all of the headline 2% in 2018/2019.

Public opinion supported a special case having been made for nurses’ pay, and Jeremy Hunt might have had lots of extra ‘likes’ from the nurses, had he not jumped ship across to the Foreign Office before the proverbial hit the fan. He had proudly announced that the nurses would receive a ‘richly deserved’ 3% this year and 6.5% over three years, but those in the lowest pay bands would get double-figure pay increases. But the eagerly awaited 3% as from July did not materialise for many. It was never intended to. This forced a profuse personal apology from Janet Davies, CEO of the Royal College of Nursing, for having misled her members ‘in good faith’ about what to expect from the pay deal.

The practice expenses element of the GDP award from DDRB is even more underwhelming, being off the pace by at least 1% for all practices, and much more than this for many. The underlying problem is the year-on-year compounding effect of these underpayments, which effectively mean that dentists personally subsidise their continuing willingness to offer NHS treatment.

The BMA and the BDA have both flagged up the rock-bottom morale and problems in recruiting and retaining young professionals in primary care. There is a recognised crisis in medical GP recruitment and a less well acknowledged pending crisis in primary dental care – which the BDA has highlighted in its public response to the DDRB announcement.

The BMA’s hard-hitting document, Saving General Practice, outlined the worsening of the medical GP situation, its unsustainability, the need for urgent action and the likely consequences of inaction. The Government has pledged to increase investment into medical GPs by £2.4 billion a year over the next three years, and as one part of this multi-pronged plan to address the crisis, the Government is aiming to roll out NHS indemnity for NHS GPs in just over six months’ time. Given that dental indemnity costs have risen faster than GP indemnity costs, and quite a lot of dentists are already paying more than the average GP, the BDA called for the same subsidy to be extended to GDPs. Which became one of those occasions when the door was rapidly shut and bolted. Money is flowing, but not in the direction of GDPs, and whenever money is directed elsewhere, the prospects for dentistry deteriorate further because you can’t spend the same money twice.

The charges that patients pay to receive some kinds of NHS care, but not others, are another glaring anomaly. The part of your body involved, and what is wrong with it, creates a bizarre anatomo-fiscal lottery. Subject to some exemptions and targeted financial subsidy arrangements, patients pay for eye tests and glasses, for dental treatment, wigs and prescriptions – but not to see a GP or visit a hospital or to be collected and transported in an ambulance. These ‘core’ parts of the health service remain free at the point of use, as originally intended and as still regularly (and mistakenly) quoted by ill-briefed politicians in respect of the entire NHS.

And yet rubbing shoulders with a free GP, ambulance and hospital service we have a social care service that is means tested, and publicly funded only in very particular circumstances. In the case of dentistry and prescription charges, many patients pay more than the actual cost of what they are receiving.

A drop in the ocean

When a drop of water falls into an ocean, it quickly loses its individual identity. In fact, the drop of water no longer exists, other than as part of the ocean. So it is with dentistry, when it becomes subsumed within the massiveness that is healthcare.

Thank goodness we have had our own professional association, the BDA, since 1880. Thank goodness it is still run by dentists, for dentists and crucially, its various committees really understand how different areas of dentistry work, and the challenges they face. We should never be relegated to the status of a peripheral afterthought, controlled by people who think they know dentistry better than we do. Our founding fathers (and mothers) recognised that, and so should we.

I for one would also much prefer dentistry to continue being regulated by a specific dentally-focused regulator rather than being lost in the intestines of a massive ‘hyper-regulator’ that doesn’t understand dentistry and doesn’t want to anyway because it is not important enough or interesting enough.

Right on cue, the GDC is starting to sound and act like the kind of regulator I have in mind, so that’s a blessing. It may yet fail to survive the threatened ‘cull’ but frankly, if push came to shove, when the Government next applies itself to the ‘parked’ issue of reforming healthcare regulation, we arguably have more in common with the opticians than with most of the other regulated groupings, because we both have one foot in the NHS and one foot in the private sector. It is either a fearful symmetry or a chip on both shoulders. I will have a think about that.

I have mentioned previously my current involvement in trying with others, on behalf of FGDP(UK), to establish an autonomous college to serve as the natural ‘academic’ home for GDPs as well as for general practice more widely. Surely we have enough belief and confidence in ourselves to make that happen without feeling the need to hang onto the shirt-tails of our medical colleagues?

Most of the immediate existential issues and threats are primarily medical ones, not dental ones – yet it is neither realistic nor credible that dentists will not be seized upon as an attractive and convenient part of the solution, even if we are not (even remotely) part of the precipitating problem(s). When it comes to having our pockets picked, we can be sure that we will be restored as the flavour of the month before we know it.

The harsh reality we need to come to terms with is that dentists and dentistry are only ever part of wider healthcare when it suits wider healthcare for that to be so. We are included when a pay freeze needs to be imposed or when money needs to be clawed back, but not included when extra money needs to be invested to solve a crisis. The notable exception is the access that GDPs have always had to the NHS Pension Scheme in respect of their NHS earnings, even if self-employed.

It’s okay for dentists and their staff to do the dirty work as unpaid NHS revenue collectors, but not to be treated as a special case like the nurses and GPs in recent times. We are ‘in’ the club when it suits, and ‘out’ when it suits and to be honest, that arrangement stopped ‘suiting’ a while back.