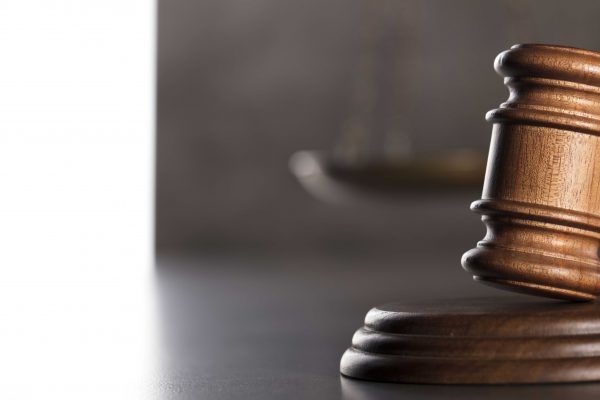 Khalid Anis explains why the GDC is absolutely right to find Pate’s fitness to practise impaired, and the disturbing reaction since the case.

There has been a disturbing reaction in the recent case of GDC and Pate.

Pate’s fitness to practise was found to be impaired, and he was suspended for four months following his postings of cyber hate speech on a dental forum.

Rather than condemn his actions, some on ‘professional’ social media platforms have put him on a pedestal – to them Pate is a martyr who was sacrificed on the altar of ‘free speech’ by an out of control professional regulator.

Here is a taster of his hate speech: in reference to Muslims, Pate talked about ‘sewers of towns cleansed‘, he also said (if we) ‘continue with this appeasing woolly approach and soon we will see Sharia Law recognised, a majority of Muslim MPs and say goodbye to the country’.

His defenders argue that this is a ‘miscarriage of justice’ that his words have been ‘taken out of context’ or were said in ‘unique circumstances’, referencing that the posts were following the Manchester Arena bombing in 2017 and were posted on a private forum, or that there has been ‘selective editing’.

His posts were, to put it simply, an unambiguous expression of discriminatory hate towards Muslims.

They were morally incomprehensible hate speech in any context and/or circumstance.

Pate was a practising dentist when he posted his hate speech.

GDC Standard 9.1.3 states: ‘You should not publish anything that could affect patients’ and the public’s confidence in you, or the dental profession, in any public media, unless this is done as part of raising a concern.

The GDC determined that a reasonable person would find the posts religiously offensive, inappropriate and unprofessional.

Frankly, any professional making those comments on social media, in a private forum or otherwise, would and should be held to account by their regulator.

It is noted that the forum expelled Pate following his hate speech.

Defenders of Pate fail to see how the public would be impacted and assert (incorrectly) that their individual right to free speech trumps that of public or patient perceptions of the profession.

These same individuals also point out that Pate did not break the law and that the police have not prosecuted him.

This is a red herring.

A dentist need not break the law for the GDC to take action.

The GDC does not hold dentists to account by the higher criminal standard of beyond reasonable doubt.

If this were the case, then the GDC would only take action where there has been gross negligence.

Another argument is that as Pate has since retired, they do not see the purpose in the fitness to practise determination – I disagree.

Pate, as a professional dentist, posted hate speech that undermined confidence in the dental profession.

It is for this reason and not for any concerns over patient safety that he was summoned to a fitness to practise hearing.

Freeing him of any consequence of his actions due to the technicality of retirement would not only have further undermined confidence in the profession but would have signalled retirement as the get out clause for breaches of GDC standards.

Worryingly, Pate has not withdrawn from his comments and his subsequent postings on dental social media (even though he is retired) show that he has no insight or remorse regarding what he has written – indeed with the backing of his ‘supporters’ he seems emboldened.

Matthew Hill, the director of strategy at the GDC, wrote a recent blog article on this website titled ‘The importance of cases like GDC and Pate‘, since he too was concerned about the reaction to the GDC determination.

I agree with Mr Hill in that Pate seriously violated the relationship of trust, be it the trust of a particular community or of all communities in the dental profession.

As a result of the determination, a Muslim can be confident that the GDC ensures that they will be treated safely with dignity and respect by all dentists.

It has not gone unnoticed by Muslim dentists, the overwhelming majority of whom wholeheartedly support the action that the complainant and the GDC have taken, that some of Pate’s defenders have engaged in a cyberbullying campaign of personal ad hominem attacks against the complainant.

Pate wrote on Facebook that the complainant was ‘biased by his Muslim religion’ and so impliedly, any Muslim who takes offence has their offence belittled and less valued simply because they are just ‘biased’ by their Muslim faith.

Would Pate’s supporters, or indeed anybody, dare to defend him if his hate speech was against Jewish community or if the complainant was Jewish and raised concerns about anti-semitism?

Would Pate be supported if he had written on Facebook that the complainant is biased by his Jewish religion?

In fact, would we even be having this social media debate if Pate’s original comments had been anti-semitic, racially offensive or homophobic?

‘Echo chamber for the misinformed’

We then have the final category of defender who accepts that Pate’s hate speech was ‘regrettable’ or ‘unfortunate’ or that they too ‘were offended by what Mr Pate wrote, but…’ and then they go on to criticise the GDC as a regulator.

We may all have legitimate concerns about a culture of fear, rising indemnity fees and other issues within the GDC, but of all the cases to demonstrate genuine criticism of the GDC, this is not the case to use as a scapegoat.

This case is a reminder of how the internet can be an echo chamber for the misinformed – particularly that small but recurring vocal cohort of dental professionals who repeatedly defend Pate on social media platforms resulting in a cyber-mob mentality, repressing any true free speech (ironically), by making others too afraid to dissent and disagree for fear of being hounded and attacked.

It seems that there is a lot of work that needs to be done within this profession for us all to take more seriously the impact that social media has on perceptions of professionalism amongst the wider public and it is time for the Pate defending keyboard warriors who type fastest and shout loudest in the echo chamber that is the internet, to stop listening to the sound of their own voices and start to take cyber hate speech and dental professionalism seriously in today’s social media age.

869d
|
Blog
"Company" would like to send you relevant email communications to this webinar, by opting in to receive these emails you are agreeing to be sent email communications by "Company".
You can opt-out at any time.
Dentistry Online uses cookies to give the best experience. If you continue to use our site, we will assume that you agree to the use of such cookies. Read More.
Accept