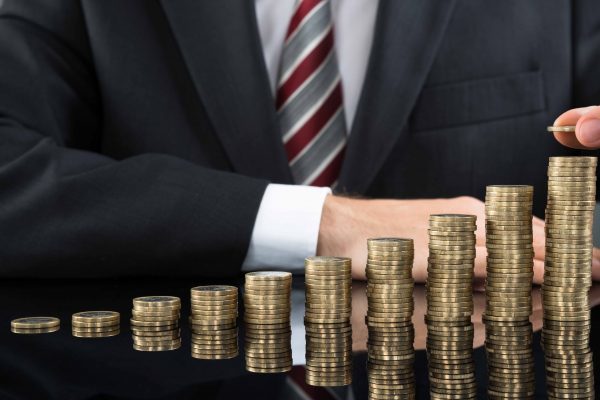 The long-term dilemma of finding a way to fund the NHS has reared its ugly head yet again. The circle that successive Governments have found impossible to square for 70 years is apparently to become a case for special treatment itself.

The notional pledge to secure a cross-party commitment to a multi-year funding settlement for the NHS, committing future Governments as well as the current one to truly massive spending increases, is a technically problematic, high-risk strategy for any administration. It also deprives any opposition party of a golden goal when political football is being played. But for a Government that sits astride the sharpest of all recent knife-edges – courtesy of Brexit and all the uncertainties, complexities and divisions that it unleashes – it is braver than brave.

Given that many of the challenges faced by today’s NHS are inextricably bound up with social care, as well as being a direct consequence of the NHS’s own success in helping people to live longer, some might consider it leaning towards the foolhardy outer edges of ‘brave’. If the pledge becomes reality it will be hailed as bravura, rather than brave.

There is every possibility that a future Government – perhaps even this one – will be forced to wave the white handkerchief and declare the settlement unaffordable. We are, after all, talking about increases of 4% above inflation year on year, which is a huge slab of money given the scale of the NHS.

Even now, there is open acknowledgement and discussion of the fact that part of the future funding will need to be achieved by plundering the same old cashpoints even harder and more often. And those cashpoints – those in work (including those desperately trying to get on the property ladder), those who already have properties, investments and other assets, those paying higher rate tax, those aged over 65 who no longer pay National Insurance (at least not yet) – are already pretty weary of being plundered and re-plundered.

It is true that there is some evidence of growing support for a ring-fenced tax to support the continued operation of the NHS, but nobody has yet quantified what that surcharge will amount to in three, five or 10 years from now. And would this be instead of rises in general taxation, extending the reach of and revenue from VAT, National Insurance and other stealth taxes, or in addition to them? As recent elections have shown, there is a tipping point and you can’t simultaneously disaffect the young, the old, and most of the people in between and expect to win a workable majority. It ain’t gonna happen.

But then again, a lot of things that were never going to happen have happened and they keep happening. A recent Yougov survey suggests support in unexpected quarters for relaxing the present cap on immigration numbers (ie, the granting of visas) in the case of staff who want to come to the UK to work in the NHS.

Apparently even amongst those who had voted for Brexit, a quarter would favour such a relaxation on immigration, and two thirds believe that we should grant visas according to what the NHS needs at any moment in time. That sounds like a whole lot of visas to me, but Jeremy Hunt has indicated his intention to lobby the new Home Secretary along those very lines.

Staff shortages create problems in maintaining service delivery and the quality and safety of patient care (and meeting targets), they lead to budget-busting reliance upon locums and staffing agencies and they place unsustainable pressure on other staff members. Not surprisingly, the BMA and other groups representing various parties within the healthcare team, several medical royal colleges, patient groups, and others want a sustainable fix for this continuing problem. Even if it is a fix that breaks all the normal rules on immigration, apparently.

So here again we see evidence that the ailing NHS is being viewed as a special case meriting special treatment. A 10-year funding settlement and access to overseas recruitment that is denied to every other Government department? That would be special indeed, but perhaps it’s just a case of ‘needs must (when the devil drives)’, to misquote Shakespeare. And quite radical treatment too, it is argued. But is it really so radical to fight shy of charging for GP attendances – while patients must pay dental, optical and prescription charges? Everything, it seems is on the table except for the things that are not on the table. Dentists and their staff act as unpaid tax collectors so that medics and their staff don’t have to.

The Annual Conference of Local Dental Committees has travelled to Belfast this month. This always provides a useful finger on the pulse of UK dentistry, and especially NHS dentistry, but what I find particularly interesting this year is the extent to which we see dentistry in the context of everything else that is happening in the NHS and (devolved) UK healthcare. From motion after motion, from LDCs all over England, Wales and Northern Ireland, we get a glimpse of the underlying malaise and lowered sense of self-worth, coupled with a growing frustration that the NHS is passing dentistry by with hardly a backward glance – except to collect the clawbacks and patient charge revenue.

There are calls for a common approach between GDPs and medical GPs in terms of reimbursing CQC costs and subsidising the cost of professional indemnity, and other motions revealing a growing exasperation with the insidious increase in practice management costs, while NHS England (in particular) is hell bent on procuring more for less. Medical GPs are still paid when patients don’t show up – dentists are penalised. As for the UDA system and the apparent lack of political appetite to shred it any time soon, one senses a recognition that the GDPC is between a rock and a hard place. Stay at the table and you get the blame – walk away and you still get the blame. It really is a rotten and disrespectful way to treat members of the profession who give up their time and income to represent their colleagues.

I referred earlier to the (mis) quotation of Shakespeare.  What he actually wrote was: ‘My poor body, madam, requires it: I am driven on by the flesh; and he must needs go that the devil drives’.

I would like to think that we can take great solace from the fact that the Bard penned these words in his play ‘All’s well that ends well’. But I fear that my default optimism is getting the better of me. Yet again. Inconveniently, despite its title, this is also one of Shakespeare’s plays that do not conveniently identify themselves as either a comedy or a tragedy. That too seems worryingly appropriate in the present context of the NHS, but time will tell!

What I do understand is that desperate situations call for desperate measures. It was Hippocrates, a little before Shakespeare I think, who observed: ‘For extreme diseases, extreme methods of cure, as to restriction, are most suitable.’

I guess that regardless of any immigration (visa) caps, and however we all land after Brexit, the NHS might have been able to find the room to squeeze in one more Greek physician, even now. Especially one as insightful as this.