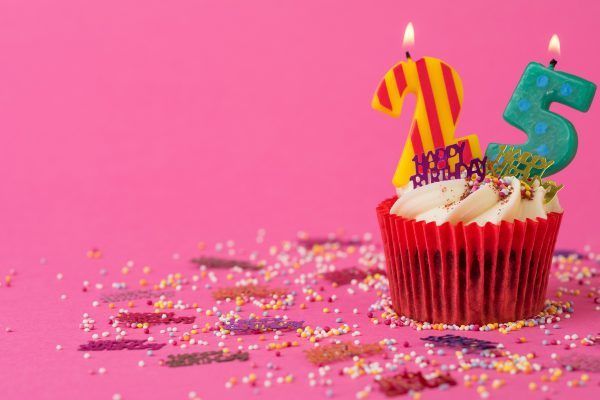 Kevin Lewis explains why a royal college is so important for dentistry as FGDP looks to become independent.

The year 1992 was a defining year for UK general dental practitioners in many different ways. Those readers who were around may recall that it was in the July of that year that the gross fees paid to dentists for providing NHS treatment were cut by 7%. The impact of this was massive because the UK was deep in recession, and a 7% reduction in gross income was for most practices a 20-25% overnight cut in their profitability. And as painful as this proved to be, it could have been a whole lot worse as the Government’s initial proposal had been to cut gross fees by an eye-watering 13%. The 7% cut was accompanied by other fundamental reversals of the ‘new’ contract terms, which had been allowed to run for less than two years and were now deemed to be too favourable to practitioners.

For the generation of dentists involved, this triggered an enduring distrust of (any) Government declarations of ‘commitment’ to NHS dentistry. It prompted even the most die-hard NHS dentists to look more intently at the private sector and this in turn kick-started a spectacular upward step-change in Denplan’s fortunes.

From the very outset, the scope of FGDP was UK-wide but FGDP(UK) needed lodgings and other practical support and it dropped its anchor in London at the Royal College of Surgeons of England. This college already had a well-established and well-regarded Faculty of Dental Surgery (FDS), which recently marked the auspicious milestone of its own first 70 years and had long been the natural ‘home’ college for dental specialists. This (FDS) faculty and its RCS England parent are both members of the prestigious Academy of Medical Royal Colleges – but significantly, FGDP(UK) is not.

A month or two ago FGDP formally marked its 25th anniversary at a dinner, which provided a suitable occasion for Mick Horton, the incumbent FGDP dean, to announce as part of his ‘state of the nation’ address that FGDP has re-embarked upon a journey to establish a new autonomous college dedicated to dentistry, into which FGDP would transition. The FGDP board took this momentous decision earlier this year. I say ‘re’-embarked because a fully-fledged stand-alone college for dentists and dentistry, with its own royal charter, was always the stated ultimate ambition before and at the time of the 1992 watershed, but for various reasons we settled for a GDP-centred faculty instead as an interim step, this being in effect a ‘sister’ faculty to the Faculty of Dental Surgery (RCS Eng) and the two having complementary roles.

The aspiration is to establish the new college during 2018, and I should note here for the record that I am a trustee and member of the transition board, which is tasked with overseeing the creation of that new college based on the strong foundations built by FGDP.

I am experiencing a slight sense of deja vu, because at the start of 1992 I was a member of another fledgling board, the very first board of directors of Dental Protection, which had been established in 1989 to focus on the needs and interests of the dental members of the Medical Protection Society.

Throughout my professional career I have strongly believed that dentists are not, and should never be treated as, the poor relations of the medical and other healthcare professions. This year marks the passage of 140 years since the original Dentists Act, which seems (and is) many lifetimes ago, yet even now we are frequently patronised and expected to shuffle along in the slipstream of our medical colleagues and somehow be grateful for that. Some clearly believe, in their ignorance, that we are a bit like medics but much less important. If one more Secretary of State for Health in my lifetime speaks of an NHS that is free to all at the point of delivery, I will happily apply the duct tape myself.

And yet the surgeons and physicians have their own autonomous Royal Colleges, as do the majority of medical specialities including of course the Royal College of General Practitioners. So also the nurses, physios, chiropractors, midwives, speech and language therapists, osteopaths and occupational therapists. But not dentists? Really? There must surely be a Royal College for Sore Thumbs, because this anomaly sticks out like one and clearly requires urgent treatment.

Crucially, the colleges allow each group of professionals to maintain ownership of standards, training and care delivery within their own field and their existence simplifies and complements the work of the professional regulators, while also sitting very comfortably alongside the work of professional representative associations. Any royal college has earned the right to speak authoritatively on standards, education and training, and quality of care, and for its views to be listened to and respected.

For example, the Royal College of Emergency Medicine is impeccable in this regard whenever the Government points an accusing finger at the performance of A&E departments – and I know whose version I believe. But some colleges have wider statements of purpose – like the one below from the Royal College of Occupational Therapists, which should resonate at least a little with anyone who would like dentistry to have a louder voice: ‘We work to ensure the profession’s rightful place in health and social care delivery and encourage our members to play an active role as ambassadors for the profession.’

Those who doubt the value and/or question the role and relevance of a collegiate home in modern healthcare are presumably happy for training and standards in their profession to be dumbed down, which does nothing for the profession’s reputation or public confidence in its members. Or for those key functions to be left in the hands of others who do not understand the first thing about dentistry (but think they do, or think they don’t need to). Or for quality expectations to become totally unrealistic in the face of political pressure and financial constraints (in NHS funding for example). Or for regulators to lose the plot in terms of standards and their interpretation (as we saw during the height of the GDC’s fitness to practise meltdown).

A strong independent college dedicated to dentistry and with its focus upon primary care general dental practice, is well placed to understand, in particular, the dynamics of general dental practice and the interface between the various team members within it – and ideally placed to speak out authoritatively as to what is and is not possible, necessary, or desirable in the public interest. It is a parallel voice to that of the BDA, and neither voice trumps or undermines the other.

For the past quarter century, the FGDP has punched well above its weight and has done an impressive job, showing great leadership in its innovation – something that dentists do particularly well. Its commitment to purpose, good faith and sense of responsibility in its actions is well illustrated by its decision to allow free and open access to its standards guidance, not just here in the UK but worldwide.

It has certainly travelled a long way in the 25 years of its existence and is highly respected internationally. But the time is right to take that next step with courage and confidence and establish an autonomous dedicated dental college in the UK for the first time, with the FGDP as its beating heart and focusing on general dental practice.

Much more will be said on this subject in the months ahead but the care and treatment delivered in general dental practice really matters. And it is timely to mark FGDP’s 25th birthday, look back in order to learn the lessons from history, but more importantly look forward to an exciting future grasped firmly in our own hands. What a great note upon which to step out into a new year. I hope that it proves to be a happy, healthy and memorable one for you.