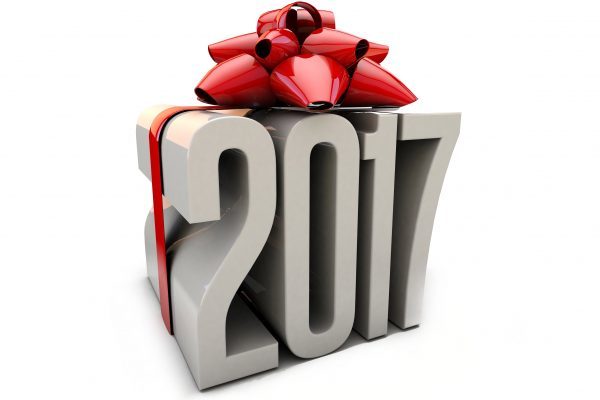 With the end of the year rapidly approaching, Kevin Lewis looks back at 2017.

By my calculation this is the 37th consecutive year that I have written a December column either for this publication, or for another one that I used to write for until 11 years ago. You can’t re-use the same yuletide puns indefinitely – although that hasn’t stopped me thus far.

Thirty-seven years is more than you get for murder, armed robbery with menaces, or claiming a UDA that you are not entitled to (first offence, of course), so it is likely that some of you are hoping that one day you might just get to open your copy of Dentistry without an airbrushed ancient picture of me glaring at you. Keep hoping.

So, 2017 is almost wrapped up, as the saying goes. It has brought us many things, but a sighting of any meaningful rescue from the dark pit of UDA-land is not amongst them. If anything, the pit is getting deeper and darker as the clawback culture increases in intensity and duplicity, and the skills of the pickpocket are also evident in the ‘distraction’ techniques at work.

While the media is flooded with stories of dental fraud and dentists abusing and ripping off the system, it is distracted from the real story of dentists being abused and ripped off by the system all day, every day. And also abused by the discredited people whose fingerprints are all over the system, and who are really to blame for the despair and anger felt by NHS dentists and for the progressive short-changing of patients. My Christmas gift for anyone involved in commissioning, is a special seat underneath the biggest and heaviest Christmas tree in the land. I will be back with my chainsaw.

The BDA has shone particularly brightly this year, and has been very visible to all those practitioners abiding in their surgeries, keeping watch over their flocks by night. Having to supplement their income by working as shepherds outside surgery hours is an unfortunate by-product of the current parlous state of NHS dentistry. In former years, many wise men (and women) came to the UK from the east bringing gifts – while also seeking the gift of GDC registration. Many of these wise men (and women) are currently recycling their gifts on Ebay and considering whether it might be even wiser to head back east to Europe and elsewhere, rather than wait for the NHS to get better. It is a crisis of confidence borne of the NHS as much as it is of Brexit. They are wise enough to realise that you can’t claw back money from people who aren’t here any more.

The GDC started 2017 by publishing its bestseller, Shifting the balance, and inviting the profession to join them all on a journey upstream. By the end of the year, something large and ominous with sharp teeth was sighted moving downstream with apparently malicious intent. It turned out to be the Department of Health’s long-awaited response to the report of the Joint Law Commissions proposing sweeping reforms to healthcare regulation. The consultation period ends next month, but with Brexit approaching and parliamentary time at a premium, it’s anyone’s guess how long the long grass will be into which the consultation responses will be kicked.

The Christmas lights in London’s West End were just being switched on when the BDA’s Christmas gift to the GDC arrived early, in the shape of an illuminated, flashing ‘do not resuscitate’ sign. For reasons unknown, the GDC doorman assumed that the gift must be for Bill Moyes himself, not realising that it had already been confirmed that Bill will continue in his role as the chair of the GDC. Glad tidings of great joy for all registrants. Keen to mark the occasion, Mick Armstrong came up with an innovative way to get Bill securely positioned at the top of the GDC’s christmas tree.

It’s also been confirmed that the annual retention fee will not increase at the end of this month. The number of complaints has fallen, fewer of those complaints merit hearings, and that means huge savings in the legal fees bill and other fitness to practise costs that consume well over two thirds of ARF revenue.

So why, you might ask, is there not to be a reduction in the ARF from its current record-breaking level, given that the stark assumptions in 2014 upon which the huge 2015 increase was predicated, no longer apply (and infact, never materialised)? Given that the GDC’s reserves are now replenished to levels that mere dentists can only dream about, the explanation is ‘uncertainty’. It is difficult for the GDC to be sure about its income and its expenditure and whether it might need to fall back on its reserves once again. That is the royal ‘its’, given that these are reserves kindly donated by the profession out of the kindness of their practice overdrafts. Reserves that exist precisely because of the need to provide a buffer against uncertainty. Unlike the poor old GDC, practice owners can at least plan for 2018 with the certainty that their overheads will increase but their income won’t. And nor does the GDC have to contend with mid-year clawbacks.

The GDC’s example, however, sets an excellent precedent for any NHS dentists facing a clawback next year. You simply say, ‘We live in uncertain times, so I will hang on to the money for now if it’s all the same to you. If it turns out that I’m not entitled to the money, I’ll hang on to it anyway and call it reserves.’

At the same time, it is only right to acknowledge the green shoots of recovery that can be identified in several aspects of the GDC’s work and performance. The GDC’s latest end-of-term report from its own regulator, the PSA, has independently confirmed this progress, but the green shoots don’t add up to a harvest festival just yet. The GDC may not like having its feet held to the flame so relentlessly by the BDA, but the previous ‘recovery’ in the fitness to practise performance several years ago proved to be a false dawn of spectacular proportions and memories don’t fade overnight. The BDA would rightly expect to be criticised if it sat on its hands, kept quiet and hoped for the best. The GDC impacts the lives, careers and wellbeing of real people, and dentists are the BDA’s business. Get over it.

Glad tidings of comfort and joy

Dental practice owners in England will all find a gold star in their stocking from the CQC. They have been especially good little girls and boys and they can wait with eager anticipation for the media to go large on the news that the safest place in the whole of health and social care is the inside of a dental practice.

This year was also the year in which FGDP(UK) took the momentous decision, in its 25th year, to start the process of becoming an independent, autonomous (hopefully Royal) college. Over that quarter century the Royal College of Surgeons of England has ‘hosted’ the UK-wide FGDP and it has grown strong and influential. We should all recognise the facilitating role of RCS Eng and draw strength from the success and ambition of FGDP(UK). This demonstration of confidence and aspiration is potentially important and inspiring news for GDPs, for reasons I will explore in my column next month.

We have been a little short on ‘good news’ stories and whether or not everybody realises it yet, this one is right up there with the best of them. Have a great Christmas and a wonderful 2018.