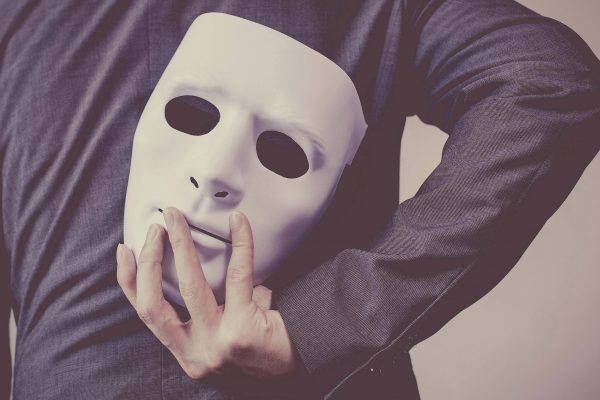 Climate change may be making it difficult to work out what season we are in these days, but there is one sure-fire way to tell that the Christmas holiday period and the depth of winter (however deep that proves to be) is just around the corner. Just keep your eyes and ears open for a flurry of stories being trailed in the media that might help to explain any problems that might surface in the NHS over the weeks ahead. You will know it’s one of those stories, because the source of any problem being highlighted is never the NHS itself, nor its funding levels, nor the Department of Health, nor the Government, but one or more of the trio of arch villains – the naughty public, or the healthcare professions, or ‘extraneous factors’ like the winter being colder than the summer, or the sighting of intercontinental ballistic organisms seeking refuge in the UK.

Against this background, what are we to make of the recent story about sickness and absenteeism levels amongst NHS employees that need to be covered by hiring expensive agency staff? Or The Guardian story about a proposed pilot whereby walk-in patients should not be allowed to access A&E departments unless and until they had been screened and referred by their GP or the NHS 111 triage and advice service? Or The Observer story warning of a bed crisis this winter, citing over-used and over-spilling A&E departments, sudden staff shortages, a harsher winter than last year and/or the imminent arrival of influenza strains that have been wreaking havoc in Australia and New Zealand. The latter doomsday prediction must be true because Simon Stevens, the NHS CEO, has declared it to be so. Or that it will be so in due course.

Or, closer to home, what should we make of the timing and substance of the recent public statements from Sue Frith, the chief executive of the NHS Counter Fraud Authority? The NHS Counter Fraud Authority (Investigatory Powers and Other Miscellaneous Amendments) Order 2017 came into force on 1 November 2017 and the NHS communications team must have been mighty busy with their press releases, because Ms Frith was widely quoted in every corner of the media.

The substance of the story can only have originated from NHS sources, and the rationale for this pre-emptive strike is clear. For example: ‘Dentists inventing patients and billing the NHS for work that was never done are fuelling a health service fraud bill of more than £1bn a year, health officials have warned.

‘The head of the new NHS Counter Fraud Authority said such actions, along with false claims by patients, were “despicable,” diverting vital funds from frontline care, adding that the sums could have paid for more than 40,000 staff nurses or 5,000 ambulances.’

I don’t think they can be blamed directly for choosing the headlines such as appeared in The Telegraph: ‘Dentists inventing patients fuelling NHS fraud bill of more than £1bn every year, officials warn.’ But the journalists had clearly been steered in that direction. How and why dentists merited the honour of top billing in this article is puzzling given that it later explained (in smaller font, naturally): ‘The new figures show fraud by dentists was estimated at £121m including around £70m in work which had never been carried out…and £397m a year was falsely claimed by patients for exemptions for dental fees or prescription charges.’

So the reality is that the dentists are not doing all (or even most) of the ‘fuelling’ because the scale of patient fraud is estimated at being at least three times the level of anything even remotely attributable to dentists. Not quite what the headlines and quotable quotes suggested then?

Nobody in their right mind defends fraud. Dental NHS fraud hurts other dentists twice over – once as fellow professionals whose reputation is tarnished by association, and once as consumers of healthcare themselves who might hope and expect that the NHS will be there for them and their families should the need arise. Honest NHS dentists resent fraud for a third reason, namely that this is money being stolen from any already-underfunded GDS. We all want NHS resources to be put to the most effective possible use, to derive the greatest possible benefit for as many people as possible, not to enrich a fraudulent few.

But I am distrustful of any news stories based on estimates, especially when they are promulgated as part of the PR relaunch of a recycled NHS agency. The NHS Counter Fraud Authority is new in an operational and presentational sense, but its newness is an optical illusion in another sense. Just as the sun rises brightly on NHS CFA, the same sun sets on NHS Protect, the alias for the former NHS Counter Fraud and Security Management Service, a division of the NHSBSA. It is quite likely that many former NHSCFSMS employees have been similarly recycled, one of them being Ms Frith herself, who had previously been managing director of NHS Protect.

Many years ago a dentist was being mercilessly hounded by the (then) Dental Practice Board on the basis that an aberrantly large number of the patients treated by this dentist on the NHS, could not be traced on any of the other databases held by government agencies – and therefore they did not exist. It turned out that the dentist in question worked in an area that was known to harbour large numbers of people who, for one reason or another, were keen to stay under the radar. They would be unlikely to provide their real personal details, address etc when applying for NHS treatment, because they did not want to invite a knock on their door from HMRC, or the Benefits Office, or the Home Office’s Immigration Service, or any other such ‘unwelcome’ visitors.

I am not condoning this, but nor would I expect a busy dentist to hire a private detective to validate the credentials of every patient that walks through the door. This is hardly a reasonable expectation – but these ‘non-existent’ and ‘imaginary’ patients still turned up for their appointments, filled in forms and consumed dental services, and in all probability many of them claimed exemption from NHS dental charges too. The DPB’s response had been to refuse all his fee claims for treating patients whose identity they could not cross-check and validate, and the result was that he was forced to close his practice. One that was much needed in a very deprived area, I might add.

Estimating the scale of something that does not exist strikes me as a somewhat imprecise science. I have no idea where Ms Frith and her team got their ‘estimates’ from this time, nor whether they have similarly ‘estimated’ how often these ‘despicable’ dentists really were ‘inventing’ patients, or simply becoming unwitting accessories to the ‘inventions’ of fraudulent patients. I agree that we all have a stake in preventing NHS fraud, but would beg to point out the small detail that Ms Frith and her team are paid handsomely for their counter-fraud activities, while dentists and dental staff are paid nothing at all and may end up in the same predicament as the dentist described above, whatever they do.

They may actually wish they had the time to join you in your crusade, and be sympathetic to its aims, but their reward for doing this instead of treating patients and delivering UDAs, would be yet more clawbacks. And while that really would be despicable, I somehow think it wouldn’t make the headlines.