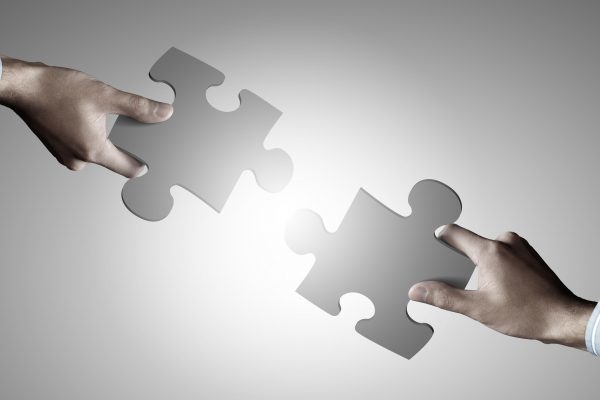 Kevin Lewis discusses the coming together of the BDA Conference and The Dentistry Show.

There being less than 50 filling days left to Christmas, it’s time to get the party started. What do you get if you cross an elephant with a kangaroo? Very large holes all over Australia.

What do you get if you cross an elephant with a disposable suction tip? A flat plastic.

What do you get when you accidentally cross a pulp horn with an air rotor? An indecent exposure.

What is the technical name for an unscheduled practice inspection? A non-working interference.

The BDIA (formerly BDTA) ‘Showcase’ event has always had room to breathe at the back end of the year in October – just about now – but the spring calendar logjam of recent years has been a growing challenge for the dental industry and the BDA alike. There is a limit to the stretchability of trade/industry budgets and not least to the amount of time that dentists, in particular, can be away from their practices and patients.

In recent years the big conferences – and many of the smaller ones too – have depended heavily on the financial underpinning provided by trade sponsors and exhibitors. Meanwhile the big trade shows have increasingly been trying to maximise their own footfall by piggybacking CPD opportunities in and around the main exhibition hall(s).

The two elements are necessary, but somewhat uneasy bedfellows because attendees can’t be in two places at once and competition for their time is fierce. The obvious danger is that of falling between two stools and ending up with frustrated speakers doing all of their usual preparatory work only to find themselves presenting to tiny audiences and passers-by in open corridors or curtained off into noisy and distracting mini-boudoirs.

Or exhibitors paying silly money to twiddle their thumbs and talk amongst themselves while the attendees bask for hours at a time in the dimly-lit comfort of seductive lecture halls with screens even wider than Donald Trump’s shoulders. But re-thinking what has up to now been two separate events held in different parts of the country spread over a total of five days a few weeks apart, and condensing all of that into a single, high quality event over just two days is not just sensible, it’s smart.

And it also represents much better value for everyone’s investment – of money, of time and effort, of focus and energy.

The price is also right as entry will be free to all, just as The Dentistry Show has always been. But it is a welcome by-product of the cost rationalisation and synergy that this accessibility can in future extend to the BDA Conference too – a windfall that is good news for the BDA members who don’t normally attend, just as much as for those who do.

The former have been subsidising the latter to some extent. There is still some work to do at the BDA creating a bespoke offering to members and in particular, those members in the upper tiers of membership whose higher subscriptions had hitherto come with free conference tickets. The fact that so many of those members have not been taking up those free tickets on offer is interesting in itself.

While major exhibitions and big conferences in isolation are inherently different events, attracting different people for different reasons, the BDA Conference itself has always been many events rolled into one. The variety and quality of the CPD offerings has always been at the heart of the programme, and it has never run scared of providing a forum for hot topics of the day to be aired and debated.

The ‘political’ dimension is perhaps less obvious and less strong than in the past but is still there. But the biggest single change is in the people who do and don’t come, their reasons for coming (or not coming) and what they expect to get out of it. The days of people showing up to support the event simply because they think they ought to, are long gone. It has been said that there are 10 kinds of people in the world – those who understand binary and those who don’t.

These parallel ‘to attend or not?’ or ‘can we attract them or not?’ questions are certainly not binary, not least because of the change in the proportion of the profession that is in a position to make the buying decisions or having the freedom and autonomy to take a day off as and when they choose to.

But the profession is so much less homogeneous than in the past in all kinds of other ways, and catering for the disparate needs of all of them in equal measure is a daunting task. It is a fact that specialists and special interest groups may feel that their needs are better served within their own special sub-community – but this begs the question, ‘which needs?’

Specialisation and the rapidly widening NHS/private fault line are just two examples of the multiple changes that have redefined the context of a national conference for all dentists. It should be a special, unique opportunity to see further than the lip of the parapet and to learn more about the big picture – but potential attendees still need to be persuaded of that fact, and of the many opportunities of which, in their relative isolation, they remain unaware. Opportunity has a tendency to knock on open doors and open minds more readily than closed ones.

I do not wish to detract in any way from the purpose and value of the BDIA Showcase event taking place this very week, but it is neither in competition with nor purporting to be an alternative to the profession’s own annual conference. The profession gets just one chance a year to come together and re-engage with itself as a cohesive professional community under the auspices of the BDA, its primary dedicated representative organisation.

This includes meeting and mixing with friends and colleagues but it can and should be so much more than that. It’s a cop out to say that the world has changed and that these flagship events are relics from a former time. In those former times the profession felt more cohesive because it did things to make itself more cohesive, and was less prone to the isolationism and division that is so pervasive today. It suits those outside the profession to keep it thus because they can pick us off much more easily. And they will continue to do precisely that for as long as we keep allowing them to.

So what do you get when you cross one of the major dental conferences of the year, with one of the major industry exhibitions of the year, and bring together many of the movers and shakers of the profession into the same place at the same time? I can’t wait to find out seven months from now, but in the meanwhile it certainly makes heaps of sense to me. It also demonstrates a lot of trust and ambition on both sides and many will be surprised that they pulled off a mutually acceptable deal against the odds, and it reflects well on both parties that they did. Now they – and the rest of us – need to bring it to successful fruition
next May.