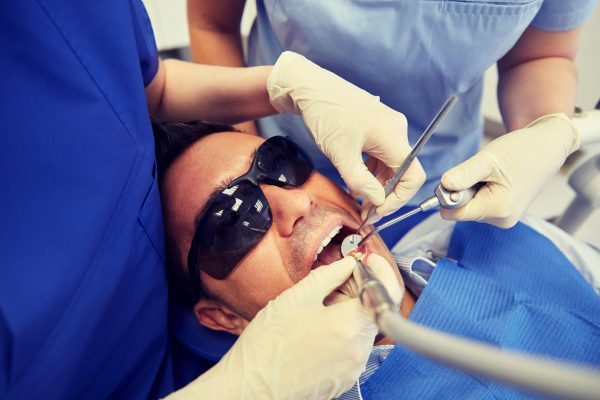 ‘The vast majority of dentists want to support the NHS, but we’re not miracle workers and a bankrupt dentist is no good to anyone,’ Dr Tony Kilcoyne, BDA PEC member, told the BBC.

‘The vast majority of dentists are self-employed so the Government doesn’t pay our staff or our overheads like a hospital.

‘If the system is funded at about half the level that it needs to be, then we can’t treat everyone.’

NHS England has responded to the study claiming 95% of patients who needed a dental appointment could get one.

Public Health England says the NHS spends over £3 billion a year on providing dental care, which equates to around 3% of the total NHS budget in England.

The number of dentists undertaking NHS dental work has increased by 20% over the past 10 years culminating in 39 million dental treatments last year.

‘Improving oral health is a key priority for this Government, and in the last two years more than 22.2 million adults were seen by a dentist,’ a Department of Health spokesperson told the BBC.

‘We expect NHS England to ensure there are sufficient dental services to meet the needs of the local population.’