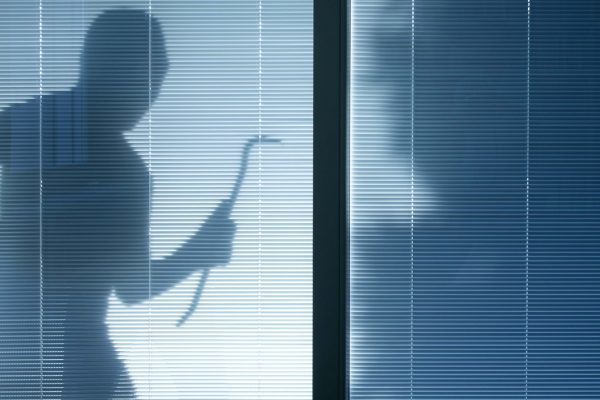 I write this column in the immediate aftermath of the general election, so it would seem a bit odd if I failed to mention it. A hung parliament and all the ensuing compromises and concessions was about the last thing the country needed right now. Uncertainty appears to have become the new certainty. Ten years ago, the global financial crisis had not happened, and Northern Rock was still as solid as – well – a rock, I suppose. At least it appeared to be. A lot of things that seemed rock solid 10 years ago don’t look quite the same with the benefit of hindsight.

The shocking revelations and heart wrenching stories surrounding the huge number of surgical procedures carried out with little or no justification by Ian Paterson over many years, culminated in this surgeon being recently jailed for 15 years. The sentence was designed to reflect the scale of the breach of public trust.

But this latest story is far from over, it seems, because both the GMC and the Nursing and Midwifery Council have respectively made it known that they are now investigating other doctors and nurses respectively, in connection with the same series of events, which included treatment carried out at two private clinics operated by the Spire Healthcare group. Spire is reported as denying any responsibility for Mr Paterson’s actions on the basis that he was an independent contractor who effectively rented facilities, rather than being a Spire employee.

Some of the other health professionals now coming under the microscope are known to be former colleagues of Mr Paterson, but the question arises of who else (if anyone) is being held accountable.

The cases of Shipman, Alder Hey and the Bristol Royal Infirmary in the 1990s and early 2000s had led to much soul-searching and a climate in which whistleblowing was supposedly de rigeur. There then followed Colchester, MMR, Winterbourne View, ‘Baby P’, Mid-Staffs, and all the rest.

If other clinicians do end up being publicly sanctioned by their respective regulators, while NHS managers and others disappear quietly into the shadows, the pattern will be even more familiar. Mr Paterson is portrayed as having been motivated by self-aggrandisement and commercial gain, but I am forced, like so many others, to wonder whether the NHS targets in force at the relevant time might themselves have been a contributory factor, especially as – half way through his 14-15-year surgical rampage – Mr Paterson was declared ‘particularly to be commended’ for the scale of his surgical productivity.

When the NHS (your employer) describes you in glowing terms such as this, does it encourage more of the same, or persuade you to reflect and pull in your horns? And did NHS managers and Trust administrators not also bask in the reflected glory of the amount of surgery being carried out by Mr Paterson and his team, supposedly treating breast cancer and other pathology for which key NHS performance targets existed at the relevant time?

Nor should anyone in dentistry be naïve enough to believe that the same kind of allegations could not be directed at (for example) those carrying out elective cosmetic dental procedures that involve the removal of tooth tissue.

Treatment carried out today could – as with Mr Paterson – be scrutinised through a less forgiving lens in the 2030s. The recent reports relating to average life expectancy in the UK suggest that our patients’ dentitions will need to survive for a very long time – and anything that threatens or reduces that longevity for a short-term cosmetic gain had better have been explained very clearly to the patients at the time.

Irreversible procedures carried out on young – or even middle-aged – patients need to include a government health warning for the clinicians as well as the patients, because even the best dentistry in a clinical and technical sense, needs to be necessary in the first place.

As Mr Paterson discovered to his cost, you can’t be an excellent surgeon if you are carrying out treatment for the wrong reasons, or if it is unnecessary/unjustifiable. But perversely non-clinicians can still be hailed as excellent commissioners or NHS managers for their part in facilitating or delivering so much NHS care and treatment – and with no risk or repercussions. It does seem an extraordinarily one-sided state of affairs.

The NHS featured less as an issue in this gaffe-strewn election campaign than any that I can remember in my lifetime. The economy remained the traditional elephant in the room because of the calls for every area of national spending to increase, and everyone thought that everyone else should be paying for it. No change there then. But given the outcome, are we really any the wiser as to what this election outcome will mean for the NHS and (much, much further down the pecking order) for dentistry?

Much will depend, I feel sure, on how much confidence the British public will have about the pound in their pocket now and for the future. What we do know is that money being clawed back so actively from NHS dental contracts is not being used to re-commission dental services elsewhere, and nor is the 10% increase in patient charges in 2016-2018, so there is a deliberate, steady leak of money out of dentistry as a matter of central policy.

Because of this raid on dental funding it is increasingly apparent that it no longer makes any sense to be wholly dependent upon the NHS for the future viability of any dental practice, because dentistry is now viewed as a cashpoint to plunder at will, in order to protect and maintain other NHS services.

Most of us accept and understand the reality that there isn’t enough money in the system to fund everything that the public wants, expects and demands, but wouldn’t it be nice for there to be a bit more transparency and honesty about that?

Dentistry occupies the deepest and darkest shadows of the NHS, and we have plenty of first-hand experience of being on the wrong end of dastardly deeds. No matter how many times the dental cashpoint is raided, there is never any compromise on what is expected of NHS providers and performers: more treatment, of an ever-higher quality, for more patients, in less time, with layer upon layer of additional compliance, governance and accountability, no extra money if costs increase or extra work is provided, but clawbacks and the threat of contract reviews if we dare to under-deliver.

It is that stealth, one-sidedness and lack of good faith that undermines confidence and trust in the NHS and ultimately, nudges good practitioners out of the NHS. Probably forever, now that the route back in is so complex and ponderous.

And who could blame them? Except of course the usual suspects in the media who always love a ‘greedy dentist’ story, and first and foremost the NHS and its managers, and the politicians and civil servants. Because nothing is ever their fault and nothing bad or off-message is ever their responsibility. They are always ready to take credit for positive achievements but are rarely, if ever, held accountable for failures. Blame-shouldering is the role of doctors, dentists and nurses. That’s what Health Secretaries and Ministers mean when they say we are an essential part of the NHS.