Who’s to blame for the poor oral health of London’s homeless? 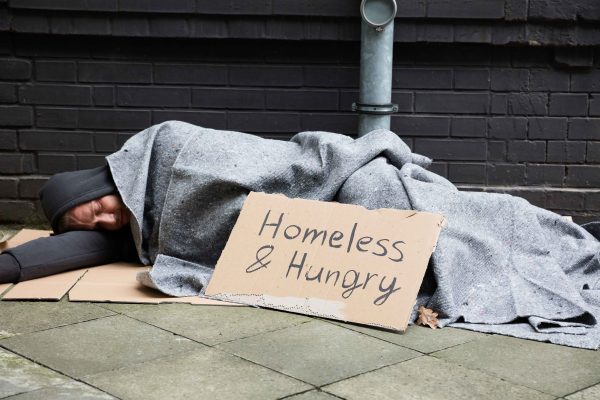 Who’s to blame for the poor oral health of London’s homeless?

A third of them are ‘currently’ experiencing dental pain and two thirds have lost teeth since becoming homeless.

Alcohol and drugs are commonly used in an attempt to manage oral health issues.

There is a knock-on effect on A&E with 27% going there when they have had dental problems.

The report went on to say that access to dentistry was a real problem for homeless people and they face significant barriers in signing up to dental practices and attending appointments.

Only 23% had been to the dentist in the last six months and 58% were not clear on their rights to NHS dentistry.

The survey was carried out by Groundswell whose chief executive, Athol Hallé said: ‘Our report has revealed that current dental service provision is failing people and pro-active steps need to be taken by commissioners and by dental services to improve access to treatment.’

Groundswell also said there is a need for high street dentists to be better meeting the needs of homeless people.

The British Dental Association responded by blaming the government.

It said they must ‘invest in community dental services’, rather than the general dental practice as advocated by Groundswell.

The BDA’s chair of Community Dental Services said: ‘A civilised society does not leave homeless people handicapped by oral disease or resorting to pulling out their own teeth.’

So, who is to blame and should the profession shoulder any of the responsibility for this state of affairs?

This report on the homeless is part of a pattern that has been emerging over recent years.

Most significant perhaps is the high number of children being admitted to hospital for extractions.

Add to this the lack of a nationwide prevention strategy, despite the sterling work being done in individual places.

Then there is the poor periodontal health of the growing number of people with diabetes and the problems of those with dementia.

To this list, we must now add the homeless and probably those 45% of people who never attend our practices except when in pain.

These are the people who should be receiving free treatment and those who can pay should pay privately.

Even if it were generously funded there is a limit to what the community dental service can do.

Yet there are thousands of dentists in general practice, employing even more dental care professionals, who could surely be in the vanguard to treat vulnerable people.

Instead they are chasing UDAs.

The projected next contract based on either pilots or prototypes offers little encouragement to think things will change.

Surely, we need to mobilise the force of general dental practitioners and their teams to address these increasing problems.