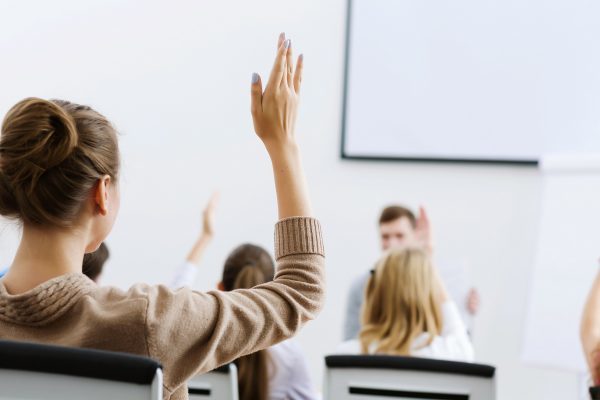 A new look at CPD is a welcome sign for dental professionals, says Kevin Lewis.

We have entered the final few weeks of the initial call for comments in response to the the GDC’s discussion document, Shifting the Balance: towards a better, fairer system of dental regulation. For that reason I will take the opportunity to pick up one of its key themes, namely continuous professional development (CPD).

In addition to that, I have been taking a closer look at some of the other important issues raised by this document. This further analysis takes the form of two special articles, the first of which appears on page 28 in this issue, with part two to follow later this month.

l was a member of the original ‘recertification’ steering group, which laid the foundations of what became the voluntary ‘Lifelong Learning’ scheme, at the time when Professor Nairn Wilson (yes, a real dentist) was the president of the GDC. Shifting the Balance talks much of leadership – almost as if it has just been invented – but having the courage and taking the initiative to introduce a voluntary CPD scheme all those years ago, before the GDC was granted the powers to make it mandatory, and then launching it so successfully, was an example of genuine leadership from the GDC that showcased the UK dental profession in a very favourable light. Lest we forget, the GDC lost its way not because dentists had been running the show, but after they were marginalised.

The GDC wishes to rekindle a long overdue debate within the profession, upon which I have commented many times over the years. The profession has, in general, never really pushed back against the principle of CPD nor even against the chosen model – at least, not collectively.

Indeed, we have reached a point where there are enough sources of CPD to fill every waking hour, 365 days a year. Some of the courses, alas, would fill quite a few of your sleeping hours too – and that’s the point. I well recall talking to a participant at a well-attended course who explained that he always registered early to select pole position, preferably adjacent to a wall in the back row, and chose his courses on the basis of price and convenience, not subject matter. The front row was a nightmare, he explained, because the brightness of some of the images on the screen made it really difficult to sleep. And the less relevant or interesting the topic, the sooner you drift off, I guess.

Shifting the Balance dips a tentative toe in the water of quality-assuring the CPD inputs (the educational activity and its provenance, ie, who provides the training) but stays clear of stating any ambition to measure the intrinsic quality or outputs. It does acknowledge the paucity of evidence that CPD favourably affects performance but that could be as much a reflection of the evidence as of the quality of the CPD in an educational sense.

Like other regulators, in this and other countries and professions, the GDC is questioning the appropriateness of using hours as a single, simplistic measure of CPD activity. We should welcome this timely wider debate, which includes the value of CPD that involves interaction with professional colleagues, compared to that achieved in isolation from them, and also questions whether the GDC should be specifying the same ‘core’ and ‘recommended/strongly recommended’ CPD topics for every registrant in each professional group, and if so, whether the current topics and required hours of participation are the right ones.

Not every registrant carries out clinical dentistry, but some of those who do not, still operate or manage dental practices or registrants, and it still makes sense for them to be up to date in many of those core areas. But as the corporate sector grows, a smaller proportion of practice owners are required to do CPD anyway and the GDC’s perception of the role of the corporates is one of the more enigmatic aspects of this document.

So, there is a lot to commend the ‘straw man’ enhanced CPD proposal – a version of which has already been piloted. Essentially, the premise is that individual registrants should be given back control over their own development needs, and be required to produce a rational personal development plan, which they can justify as being fit for their needs and professional circumstances, and then be free to implement an individually tailored CPD structure designed to achieve the stated objectives.

It is no coincidence that CQC inspections have credited dental practices with a very high compliance rate in all of the areas covered by the existing ‘core’ CPD topics. I doubt that anyone would wish to see that situation reversed, so there is a case for maintaining a ‘default’ CPD menu like this, while perhaps allowing the option for a registrant to justify why they have invested their time in a different area directly relevant to their sphere of activity, rather than a ‘core topic’, which is not.

For me, it remains one of the enduring mysteries of our current CPD model that communication skills have never been a core – nor even a recommended – topic. Perhaps this review may provide an opportunity to remedy that glaring anomaly. The GDC’s outline plan also proposes a reduction in the total CPD hours requirement, abolishing non-verifiable CPD but increasing the number of hours of verifiable CPD from 75 to 100 within each cycle (for dentists, and less than this for other groups of registrants). This is an effort to smooth the spread of CPD activity from one year to another within each cycle, and adding a reflective dimension.

The provision of CPD to improve professional standards is the raison d’etre for some players on the field of dentistry, while serving primarily as an income stream for others. The quality range in both the mainstream and private/commercial sectors spans the good, the bad and the ugly and there is much duplication of effort in some areas (or as some might see it, a ‘healthy competitive market’), while huge gaps exist elsewhere in relation to other, much needed but less fashionable and commercially viable activities and resources.

The idea of CPD being designed around the evidence of what needs addressing (evidence-based CPD) is innovative and definitely worth discussing. Having one’s choice of CPD driven by a well-considered personal development plan makes perfect sense for an individual registrant, but surely it makes no sense to have the whole profession’s CPD driven by the things that go wrong for the minority who have cases that pass the GDC’s window?

Later this month I will be examining the GDC’s thoughts on filtering out and redirecting concerns that do not genuinely merit the attention of the fitness to practise machinery, and also the suggestion that the experiences and learning from both fitness to practise and the Dental Complaints Service (and, hopefully, the wider sharing of lessons from other complaints systems and other such sources) could be fed back to the educators and CPD providers.