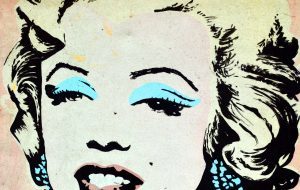 Big corporate bodies should be held accountable when things go wrong, rather than blaming dentists and treating them like commodities, Kevin Lewis says.

Marilyn Monroe was almost exactly the same age as the Queen – until her premature death. So she would have enjoyed her 90th birthday last year, just a few weeks after QEII’s actual birthday and in the very same week as the monarch’s ‘public’ birthday. I say ‘enjoyed’ advisedly, as despite her tragic demise, Marilyn was a lady who seemed to know how to enjoy herself. What form her partying would have taken in her 90s is anyone’s guess.

Prophetically, she had this to say on the prospect of ageing: ‘I want to grow old without facelifts…I want to have the courage to be loyal to the face I’ve made. Sometimes I think it would be easier to avoid old age, to die young, but then you’d never complete your life, would you? You’d never wholly know you.’

One of the few advantages of dying young is that your image is frozen in time and thereby immortalised. The air blowing up from that subway grating and billowing her white skirt up and over her shoulders might have worked less well in her 90s – but we will never know for sure.

Despite the ‘dumb blonde’ image that she was saddled with, the reality that emerged later was that she was a whole lot savvier than she seemed, having a refreshingly clear perspective on the fickle nature of fame and celebrity.

A similar insight was evident in Peter Ward’s excellent guest editorial in the BDJ early in December. He spoke elegantly of the corporatisation and commoditisation of dentistry and reminded Bupa of the risk of viewing dentistry as just another retail/service commodity, and the dangers of forgetting that dental care has at its core a precious relationship between a dentist and a patient.

Others may own the business in a balance sheet sense, but not those one-to-one chairside relationships. As someone who has worked in the corporate environment himself, the BDA’s CEO has a first-hand insight into the thought processes inside and outside the corporate tent.

Dentists are highly and uniquely skilled professionals who take a long time and a lot of money to train. They emerge from university with some of the highest levels of student debt and they make this personal investment of time and money in the prime of their life with the expectation this will be acknowledged, respected and appropriately valued.

The unique training and skillset of a dental surgeon is formally recognised in law by the Dentists Act, but too many organisations see this inconvenient truth simply as a challenge to be overcome. Governments the world over are continually seeking to cut the ‘delivery side’ costs of the healthcare equation and taxpayers thank them for that. The shareholders of corporate healthcare providers also want to drive down operating costs.

But when these taxpayers and shareholders become patients, their priorities change and they want the best, not the cheapest. They want continuity of care from clinicians they know and trust, not an endless conveyor belt of disillusioned footsoldiers, scarred in defence of the brand.

When things go badly it is the individual dentists rather than the corporate owners who are at the mercy of the GDC, and this is another inconvenient truth the GDC seems unwilling to address. It could drag the registrant directors before it and make them genuinely accountable, but it chooses not to. The corporates very much welcome the benevolent and one-sided status quo because they are left to operate with relative impunity in their actions and policies.

Having herself been a footsoldier in the movie industry, Marilyn has shared her views on this imbalance too: ‘I’m for the individual as opposed to the corporation. The way it is the individual is the underdog, and with all the things a corporation has going for them, the individual comes out banged on her head. The artist is nothing. It’s really tragic.’

I should perhaps add that not every large organisation makes the mistake of devaluing its people in this way – but any form of managed care delivery is always at risk of this perception, and perception is reality until shown otherwise. Peter Ward is also right when he warns against excessive use of the language of commercialisation, as this can be a metaphor for how an organisation thinks and acts.

I have shared my wider thoughts in this column before, that too many people in too many organisations brush aside the views of dentists. They convince themselves they understand dental care and the perspective of dentists, better than dentists do. They do so not always out of ignorance, nor because they genuinely believe it, but because it suits them to remove the ownership of that core relationship, reinforcing this by adopting the language of the marketplace rather than the clinical setting.

I mentioned in the keynote article for Dental Protection’s annual review for 2015 that as the anaesthetic starts to take effect, I would much rather feel like – and be treated like – a patient, than a customer. I would venture to suggest that the distinction is deceptively important and has real meaning for both patients and dentists.

I wholly endorse Peter Ward’s sentiments, but would add that dentists who allow themselves and the care they provide to become just another commodity, have only themselves to blame.

Maybe that is a thought to start 2017 with. And having whetted your appetite, maybe I should end this column with a few more words of wisdom from Marilyn Monroe for us to cling to in the year ahead. I hope it turns out to be a good one for all of us.

Her final piece of iconic advice works best if you can bring yourself to overlook the small detail of how her life ended so tragically and prematurely.

‘Always, always believe in yourself, because if you don’t, then who will, sweetie? So keep your head high, keep your chin up, and most importantly, keep smiling, because life’s a beautiful thing and there’s so much to smile about.’