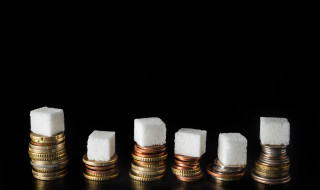 Dental professionals are ‘on their own’ spreading the word about the damage sugar can do to children’s teeth, Michael Watson says.

The Soft Drinks Industry Levy (aka sugar tax), details of which were released last week, is described as ‘a central pillar’ in the government’s childhood obesity plan.

They claimed, however, that it has always been clear that this is a levy ‘we would rather not collect’.

What they want is for companies in the UK soft drinks market to reformulate their products so that they have less sugar in them and do not have to pay so much tax.

Several major companies have, the government says, recently ‘strengthened their commitment to reformulate’ and therefore some of these will not pay the levy on any of their drinks by the time the tax goes live in April 2018.

Across England the government says it will invest the revenue from the levy in ‘giving school-aged children a better and healthier future, including programmes to reduce obesity and encourage physical activity and balanced diets’.

They hope that the administrations in Scotland, Wales and Northern Ireland will do likewise.

However, according to the Daily Telegraph, although the tax is forecast to raise £520 million a year, critics say that the estimates were not reliable, and suggested the public could end up having to find extra money to ensure school sports are not left cash-strapped.

Of course sport in schools may well prevent some children from becoming obese, but it will do nothing for those whose teeth are rotted by sugar and poor oral hygiene.

Last month a study found teenagers were drinking the equivalent of almost a bath full of sugary drinks every year, with those under the age of 10 drinking half that amount.

We also read that British breakfast cereals are among the least healthy in the world, with favourites from Nestlé and Kellogg’s having more sugar than their equivalents in other nations, according to a study.

It has also been revealed that fruit juice will be exempt from sugar levy, although fruit juices and smoothies contain at least twice as much sugar as drinks that will be liable to new taxes from 2018.

The lesson that we will have to take forward in 2017 is that dental professionals are on their own in spreading the message about sugar and the damage it can do to children’s teeth.

We cannot sit back and hope that the Treasury, through its sugar tax, will do the job for us.