Was it something they said? 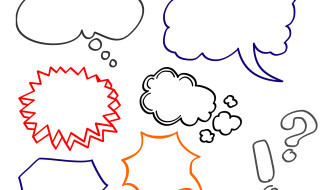 Was it something they said?

Kevin Lewis runs through some soundbites from 2016.

What kind of a year was that, then? In a year that was never short of surprises and which featured Brexit, Brentrance, Top Trumps, Rockbottom Trumps and the emerging prospect of a second ‘once in a lifetime opportunity’ for the population of Scotland, there have been so many quotable quotes.

So don’t waste your time on those limp epithets wrapped around the silly hat in your christmas cracker. Instead, I offer my festive guide to some of the choicest soundbites from 2016 – at this year’s staff Christmas bash, see who can guess their original owners and context.

1. We are going to build a wall

A votewinner in some quarters, no doubt – but hardly an original plan. It’s been tried, Donald. China made a great job of theirs, Hadrian had a decent stab at one – while an illegal immigrant himself. Berlin built one, but it lasted only 30 years compared with well over 1,000 in the case of the other two.

As for who is going to pay for it, Donald missed the fact that history tells us it is not usually the people that the wall is designed to exclude (I accept that this was not initially the case in Berlin, but the former West Germany certainly footed this and many other bills retrospectively and somehow became one of Europe’s most dependable cashpoints).

2. I want my country back

This could have been just about anyone, so most answers are correct. But it wasn’t HM The Queen, nor even Tony Blair. These words were infact uttered by the US’s British ambassador-in-waiting, Nigel Farage, while blowing the froth off the top of a pint of real ale in a local hostelry, where a number of TV camera crews happened to be drinking too. How lucky is that?

I can understand why Julian Assange would feature heavily, and let’s face it, the GDC’s interim CEO, who quickly rose to become the definitive CEO (Ian Brack) could be forgiven had he swiftly reached this conclusion – but in fact he has persisted and Brentrance has thus far been pretty successful.

No doubt this same phrase ‘I want my life back’ crosses the mind of many dentists who are being dragged through fitness to practise investigations, and who can blame them? Apart from the GDC, that is. But paradoxically these too are words that fell from the lips of the US’s British ambassador-in-waiting, Nigel Farage. Methinks he could be in waiting for a while.

A bonus point if you guessed that he said this shortly before boarding a flight to Washington in order to leave politics behind ‘once and for all’. By a curious twist of fate there were some cameras on hand to catch the moment. How lucky is that?

Good answers would include Hillary Clinton (referring to her use of a non-secure private email server), Donald Trump (referring to any number of previous indiscretions), CNN CEO Jeff Drucker apologising for having given so much airtime to pro-Trump rallies, and all the pollsters who have got their predictions so badly wrong.

Wrong answers would include Boris Johnson, Bill Moyes, the US’s British ambassador-in-waiting Nigel Farage, and any NHS trust CEO who receives a golden adios after presiding over incompetency, mismanagement and dereliction of their duty of care.

5. I was the future once

An easier one. This well-crafted exit epithet belonged to David Cameron in his final address to the Commons as PM. Well crafted because back in 2005 when he first became the Tory leader, his arrival at PMQs – facing the experienced PM Tony Blair across the despatch box – included the taunt ‘he was the future once.’

Other popular but incorrect suggestions were Evlynne Gilvarry upon leaving the GDC, and Jeremy Corbyn.

Other potential winners excluded only by the small detail of their death long before 2016 included John – later Sir John – Walsh (the Kiwi inventor who in 1949 claimed the first patent for an air turbine contra-angle dental handpiece), and not least the English chemist Joseph Bell, who almost exactly 200 years ago invented the first mercury-containing dental amalgam filling.

6. The UK’s Brexit vote was a triumph of democracy – and a deafening roar of defiance from the silent majority

A correct answer yields triple points because slightly different versions of this clearly-pre-scripted soundbite has been attributed to several prominent members of the ‘Leave’ campaign. All your points are then deducted unless you also point out that the whole idea of a ‘deafening roar’ from a ‘silent’ group of people is a tad oxymoronic, and/or point out that only one third of all those entitled to vote in the UK, actually voted for Brexit.

So whatever your views on the subject, it was in a sense a triumph for a relatively small minority that was apparently only silent to the ears of the pollsters.

This was an incorrect answer given by a candidate to question seven in the ‘English Language Comprehension’ section of the GDC’s Overseas Registration Examination. Question seven had asked ‘What does Brexit mean in terms of the automatic registration of European graduates and the GDC’s ability to ensure the training and competence of all GDC registrants?’ and of course European graduates wouldn’t be taking the examination in the first place.

8. Brexit means we must all be prepared for an extended period of uncertainty. And the NHS shares in this uncertainty. And that means the NHS faces some difficult decisions and tough choices in the years ahead, and we need to be open and honest with the public about that

If you name any NHS spokesperson from Jeremy Hunt and Simon Stevens down, you will be correct because this is a soundbite we are all going to be hearing.

Brexit will be used to justify and explain a whole shedload of things that were likely to happen anyway, simply because of the unsquarable circle that NHS healthcare socio-economics has become. So as for that bit about being open and honest with the public, forgive me if I don’t hold my breath.

Nicola Sturgeon points out Scottish people didn’t vote for Brexit, nor any of the consequences. They voted for remaining in a Europe, to which the English people are one of the major net contributors.

Right now, turkeys and geese (or should that read Turkey and Greece?) have a lot more to worry about than the rest of us, so enjoy your Christmas break. Be kind to all your patients who failed to attend their last appointment(s) but turn up as an emergency just before (or at) Christmas. And reassure yourself that 2017 cannot possibly throw up as many surprises as 2016 has done. Or can it…?