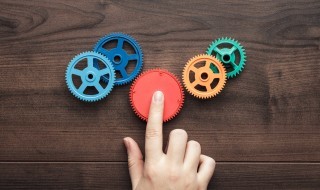 We could be in a position where the new dental contract will only be offered to dentists who can make it work for them, Michael Watson says.

At the Local Dental Committee (LDC) Officials’ day held in London last week, there were disturbing reports from some dentists involved in the new prototype contracts.

In addition, Henrik Overgaard-Nielsen, chair of the BDA General Dental Practice Committee (GDPC), has posted an update about these contracts on the BDA website.

He wrote that there were concerns about the prototypes having too many targets and there were a number of practices that are really worried about the financial viability of their practice with a 10% clawback looming.

At the LDC meeting Henrik decried the fact that these colleagues were helping the country test a new system and should not be penalised, especially if their problems are due to a fault in the system.

In his blog, he said that they were seeing ex-pilot practices having ‘severe problems’ either with achieving their new UDA targets or their patient numbers.

More positively he wrote that none of the prototypes wanted to return to the UDA system.

There was also positive feedback on the care pathway, which everybody feels is the right way of working and some practices seem to be making it work.

In the new year, the GDPC will be reviewing the evidence and data as it comes in to help inform the BDA’s approach.

And it will be launching its own prototype survey to get a picture of how things are progressing.

So where does this leave the possibility of a new contract, perhaps as early as 2018?

Over the years, we had three sets of pilots.

All have been popular with both dentists and patients, all have delivered better care.

But all have failed in one way or another.

The capitation pilots led to neglect and payment per filling or extraction had to be re-introduced.

The PDS pilots were too expensive, with lower patient charge revenue and higher cost per estimate (which has been carried forward as higher UDA rates for those who participated).

The most recent pilots reduced the numbers seen as well as being more expensive.

The prototype contracts were supposed to test whether the proposed changes would work in practise, but experience so far suggests that they don’t and are not acceptable to dentists.

So what happens now?

My guess (and it is only a guess) is that when the government has come up with something that works for them, it will be offered to the profession, not as a referendum, but gradually to dentists who can make it work for them.

Some of you may remember some time ago something called PDS+ Agreements, short-term contracts introduced to improve access.

They were deplored by the powers that be in the profession, but younger dentists queued up to take part.

Perhaps that bit of history will repeat itself.