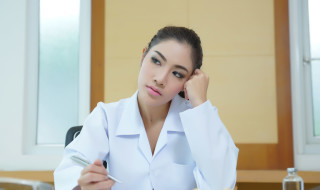 Morale amongst self-employed primary care dentists in the UK has fallen, according to NHS Digital.

A survey has found that the percentage of principal dentists with ‘very high’ or ‘high’ morale levels has dropped to 22% in England and Wales, compared with around 23% in 2013/14.

The difference is more stark with performer only/associates, 33% now experience ‘very high’ or ‘high’ morale levels in England and Wales, compared with around 43% in 2013/14.

‘A wholly avoidable crisis of morale has left half of all NHS dentists looking for the exit, and puts the future of the service in jeopardy,’ Henrik Overgaard-Nielsen, chair of General Dental Practice at the BDA, said.

‘In every part of the UK we are seeing the same story.

‘A collapse in earnings without parallel in the public sector, oppressive regulation, and contracts that fail both colleagues and patients are all taking their toll.

‘Ministers can’t pretend this problem will just go away of its own accord.

‘We are already seeing access problems in certain areas.

‘The government cannot delay needed reform until we get to the point where queues start appearing outside NHS practices.’

The more time dentists spend on NHS/health service work, the lower their levels of motivation, according to the survey.

Half of all survey respondents said they often think about leaving general dentistry, despite 55% of respondents saying they feel good about their job and 57% saying they have the opportunity to do challenging and interesting work.

‘We’ve known for some time that dentists morale has been declining with many feeling that they are spending more time dealing with regulation and less time treating patients,’ Neel Kothari, practice owner, said.

‘There is now unanimous agreement that NHS dentistry is unfit for purpose resulting in higher levels of demoralised staff.

‘The NHS is a heavily budgeted system that seems to prioritise access over quality care, which makes it hard for dentists to practice in a way they were taught at dental school.

‘Whilst over promising and under-delivering may work for the Department of Health, this report shows that its clearly not working for caring, ethically-minded dentists.’

Scottish morale on the up

Morale amongst Scottish principal dentists has risen slightly over the past year, after a drop the previous year.

The percentage of dentists who told NHS Digital their morale levels were ‘very high’ or ‘high’ was 24%, compared with 21% last year, bucking the trend across the rest of the UK.

Performer Only/Associate figures were very slightly down on last year’s figures, however.

‘In order to keep dedicated staff within the profession, and attract new talent, it’s important to understand how they feel about their job.

‘We value this report as a tool to help us with that.

‘We are engaged in a major exercise in how we take forward the future of oral health care in Scotland.

‘As part of this process we will be mindful of the findings shown in this report.’