Half of adults in England not visiting an NHS dentist 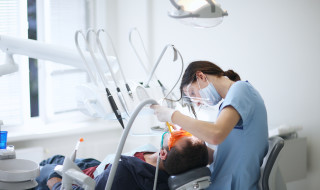 Half of adults in England not visiting an NHS dentist

Almost half (48.3%) of adults in England haven’t seen an NHS dentist in the last two years, figures from NHS Digital show.

The latest NHS Dental Statistics have been released today and they show 22.1 million adult patients were seen by an NHS dentist in the 24 months up to the 30 June 2016, which represents 51.7% of the population.

Scale and polish was the most popular treatment for adults (excluding examinations), with 13 million (45.6% of all treatments) delivered in 2015-16.

‘When half of adults fail to see the dentist, ministers have some very serious questions to answer,’ Henrik Overgaard-Nielsen, chair of General Dental Practice at the BDA, said.

‘This isn’t patient apathy, this is what you get when governments treat oral health as an optional extra.

‘Effective prevention is impossible without regular check-ups, and to date ministers have been unwilling to get that message across.

‘The takings from the patient charge are now nearly £740 million.

‘These charges are designed to lower demand for NHS dentistry, and enable ministers to put less into the service, while our patients pay more.

‘Today we are seeing the results.’

Fluoride varnish treatment was the most popular treatment amongst children, with 4.1 million courses of treatment delivered in 2015-16, a 20% increase from the previous year.

‘Whilst numbers of children attending (the dentist) are increasing it is actually a fall if looked at as a percentage of population,’ Claire Stevens, spokesperson for the British Society of Paediatric Dentistry, said.

‘The figure is worryingly low because children’s teeth are growing fast and regular visits to a dental practice are essential throughout childhood.’

Henrik Overgaard-Nielsen added: ‘It’s clear we have a problem when more than one in three children are missing out on free dental treatment.

‘We need a concerted effort to get parents, health professionals and government on the same page.’

Pointing to the positive news about an increase in fluoride varnish treatments, Claire continued: ‘The other positive news is that the chief dental officer, Professor Sara Hurley, has announced that she wants to develop Smile4life in England.

‘This will be an accreditation scheme in which local areas are encouraged to develop and commission their own oral health prevention schemes.

‘Paediatric dentists want to work with all arms of the dental profession to deliver a joined up approach and get more children accessing NHS dental care annually.

‘Dental checks should start as soon as the first baby teeth come through and certainly by a child’s first birthday.’