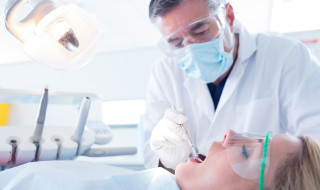 On 31 August, Dr Neel Kothari and Dentistry magazine sent an open letter to the Department of Health expressing grave concerns over the inequalities in UDA allocations around the country.

Dentistry believes these inequalities, sometimes twinned with inappropriate behaviour from some healthcare providers, has contributed to the public being put at risk in dramatic ways. This follows an illuminating freedom of information request to acquire in-context data.

Dentistry and Dr Kothari assert that there needs to be further checks and balances in place to stop unscrupulous providers ‘hogging’ UDAs and effectively over-providing based on a working week and appropriate timescales for treating patients, infection control, recording of contemporaneous notes and so on.

The open letter is as follows…

cc Ian Brack, chief executive and registrar of the GDC

We feel that we ought to raise to your attention information uncovered by Dentistry magazine through the Freedom of Information Act (2000).

You may also have seen stories in the national press along the same lines.

We asked the NHS Business Services Authority to provide us with data on how much work was carried out per performer within NHS primary dental care.

At Dentistry we are concerned that these figures may indicate inequalities within dental commissioning that are resulting in issues with patient care and safety.

We are unsure how many UDAs can be properly performed by a single dentist per annum, but there is evidence that some within the profession are carrying out levels of dentistry well beyond what would be expected from a single individual.

The most notable example is that of Dr D’Mello, where one full-time and one part-time dentist performed what most would expect from five full-time dentists. They were contracted to perform 28,000 UDAs and then subsequently awarded even more.

As reported by the BBC, this event resulted in the recall of 22,000 patients with 4,526 patients being tested for blood-borne viruses. Others include Dr Joyce Trail, Dr Mark Waleski and Dr Jayantilal Mistry in prominent media cases where excessive UDA claiming has played a role.

At the time of writing we were able to find numerous job advertisements for associate dentist positions requiring in excess of 10,000 UDAs per annum, indicating a possible issue with the subcontracting from provider to dental associates.

We note that some of the higher figures may be performed using a skill mix within the profession, but we are concerned with the implications where this is not the case.

We have a duty to bring this to the attention of you and the other main regulators for further investigation.

Dentistry magazine is aware of the Department of Health’s aim to introduce a new NHS dental contract fully in 2018.

We ask for your comments on these findings and the aforementioned issues.