Sticks and stones – a review of the latest ‘silly season’ 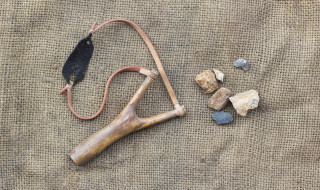 Sticks and stones – a review of the latest ‘silly season’

Was it something we said, perhaps? Or is anyone prepared to ‘fess up to having been particularly horrid to a journalist recently?

A torrent of abuse rained down upon the dental profession from different parts of the media in early August and seemed to spring from nowhere.

There was always the risk of a feeding frenzy once the GDC had scheduled the appearance of Desmond D’Mello before the Professional Conduct Committee at the height of the journalistic ‘silly season’ when the absence of all the politicians on their summer holidays leaves an awful lot of column inches to fill – but that was not the whole story (so to speak).

A week later the dental horror chronicles were thankfully eclipsed by the Olympics but it was still pretty gruesome stuff while it lasted. ‘The great dental rip-off’ was even the banner headline on the front page of The Times, sharing centre stage with shots of the Olympic torch arriving in Rio. This opening salvo directed at NHS dentists was continued in the leader column where a little more objectivity prevailed and the contributory culpability of the UDA system was exposed.

But two days later – also in The Times – we had a slightly different ‘take’, this time targeting the private provision of cosmetic dentistry. Even in the heat of battle, you don’t usually need to listen too hard to detect the well-rehearsed strains of the usual suspects in the background and this time we were treated to a veritable barber shop quartet of claimant law firms, peddling their wares and protesting their crusading zeal and best intentions on behalf of patients and more importantly, other potential clients that advertorial can help them to reach.

One of the partners of The Dental Law Partnership, Christopher Dean, is quoted as saying that too many dentists ‘continue to profit from patients, who they treat as customers’. In a masterclass of stone throwing by greenhouse occupants, he says ‘we are seeing more and more general dental practitioners leave traditional surgeries to join or set up private cosmetic firms…cosmetic dentistry is easy money. This is the gold rush.’

When I last checked, other general dental practitioners were leaving traditional surgeries to re-train as solicitors and join or set up claimant law firms targeting the dental profession. In that case an admirable decision taken for philanthropic reasons, no doubt. But not all claimant solicitors have dental qualifications, it would seem.

An associate solicitor at another ‘no win, no fee’ outfit expressed his shock that ‘All sorts of problems occur. My clients have had teeth pulled out of jawbones.’

An associate solicitor at another ‘no win, no fee’ outfit expressed his shock that ‘All sorts of problems occur. My clients have had teeth pulled out of jawbones.’ Amazing, huh? All credit to Mick Armstrong and Henrik Overgaard Neilsen whose joint letter to The Times dragged the debate back to the thoroughly discredited UDA system and the succession of delays beyond the profession’s control in progressing a sustainable blueprint for something to replace it.

The balance, objectivity and professionalism of the BDA/GDPC response was very welcome.

As if all this wasn’t enough to deal with, a story in The Mail on Sunday was sandwiched between the two pieces in The Times – this time it was a journalist sounding off with a wretched piece of desperate column-filling right up there (or should I say down there) with the ‘knee on chest’ and ‘pliers’ tradition of UK dental reportage.

To be fair, I did enjoy her reference to ‘Flossgate’ in the wake of the great debate about the value of flossing. But as for the rest – in case you were fortunate enough to miss the original – you can get a flavour from this extract:

‘My mum used to wash my hair over the kitchen sink, as the bathroom was too cold, and the terror of this waterboarding made me scream, thus breaking a front tooth in half.’

But her mother (it seems) did not survive entirely unscathed. ‘When my mum paid a rare visit to the dentist herself the dentist extracted every single one of her teeth without even asking her permission: when she got home our Labrador attacked her, unable to recognise her shrunken face.’

The natural reaction is to perceive such an onslaught as an unfair and unjustified assault on the UK dental profession. But in reality it is an unfair and unjustified assault on the majority of the UK dental profession, and a perfectly valid commentary on the UDA system and the urgent need to change it. It would also be too precious for us to pretend that no member of the dental profession ever succumbs to the perverse incentives of the UDA system, nor ever promotes and provides cosmetic treatment (and other forms of dentistry) that are not in a patient’s best interests. Both do happen and we all know it.

What is less obvious is that patients often become more appreciative of their own dentist – especially if they know them and have built up trust with them – when they are confronted with a barrage of horror stories about other dentists. They don’t see the characteristics of these rogue dentists mirrored in their personal experiences of their own dentist. A few patients, on the other hand, might start to question their recent experiences and in some cases this might be no bad thing.

Roll on next year’s silly season.