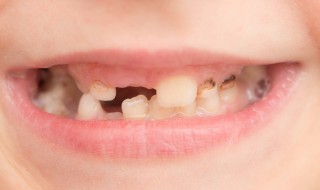 Michael Watson says the profession is on its own after the childhood obesity strategy failed to prioritise oral health.

Aesop’s Fables contains the story of the mountain in labour that brought forth a mouse.

It seemed an apt metaphor for last week’s child obesity strategy, which after a two-year gestation period produced a slim-line version, with only a single reference to tooth decay, in the section devoted to the sugar levy.

It was reported that Theresa May had overruled health secretary Jeremy Hunt who had wanted tough measures to tackle obesity.

She had insisted that the economy must take priority, we are told.

Early versions of the strategy had apparently contained restrictions on advertising and promotional deals on junk food, all of which have been removed from the plan, as published.

Ministers have been accused of a ‘shocking abdication’ of responsibility and were heavily criticised by doctors, dentists and health groups.

Tory MP and chair of the Health Select Committee, Dr Sarah Wollaston, who was a GP, was blunt in her criticism: ‘The key message on childhood obesity should have been about the importance of reducing junk calories.

‘In completely removing whole sections from the draft strategy, it is hugely disappointing that the obesity plan puts the interests of the advertising industry ahead of the interests of children.’

The BDA (we need ministers to take a lead), the FGDP(UK) (the government has missed a golden opportunity to tackle the rise in avoidable dental extractions), the FDS (we will continue to push new ministers hard on further action to protect the nation’s oral health) and the BSPD (we are very disappointed that this strategy does not go further to reduce sugar content in food) are among those who have criticised the plan.

The Daily Telegraph is perhaps alone in saying that Theresa May was ‘absolutely right’ to focus attention on sports and exercise in schools (although that would do little to prevent tooth decay).

The anti-sugar lobby, it said, has an addiction problem of its own, ‘It is hooked on big government’.

Of course the profession is disappointed, to put it mildly, that oral health was omitted, but should we be surprised?

Earlier this year Dr Sarah Wollaston had fully expected it to be included and in various statements the then minister with responsibility for dentistry, Alistair Burt, gave numerous hints that oral health and the scandal of child GA extractions would be addressed in the strategy.

We are now on our own, but there are signs that across the country there is some positive movement.

Teeth Team, based in Hull, has been successfully running a toothbrushing programme in primary schools and there are to be 10 pilot preventive programmes in areas of high deprivation.

Since 2013 local authorities have had a statutory duty to improve oral health and a recent survey by Public Health England showed that of the 132 who responded, 77% were doing something.

Last week’s government announcement has shown that it is up to us, the profession, to take action.

There is no ‘silver bullet’ they say, but we need to get behind the CDO’s initiative to ‘put the mouth back in the body’.