What does the UDA contract pay for? 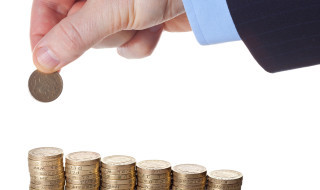 What does the UDA contract pay for?

Michael Watson explains how the UDA system came about and how it is supposed to work in the practice.

The Times article titled ‘The great dental rip-off’ still gives rise to comment within the profession and outside.

It claimed that thousands of teeth were ‘needlessly extracted’ as surgeries were accused of ‘putting profit before patients’.

The paper had also found that some dentists earn almost £500,000 a year in a system that ‘rewards them for cramming in as many patients as they can’.

Dozens were claiming for the equivalent of more than 60 check-ups a day, in what has been condemned as an unethical conveyor-belt approach to patients.

The article was published in advance of the fitness to practise hearing of Desmond D’Mello, who reportedly had a contract for 29,000 UDAs (units of dental activity) at a value of £750,000.

But it should be noted the case, which he refused to attend, was about hygiene standards, not his volume of work.

These high contract values and UDA requirements were based on work done in a ‘test year’ preceding 2006.

They represent a great deal of hard work, which was audited by the Dental Practice Board (including investigation for fraud) and subject to examination by dental reference officers.

When the new contract started in April 2006, it removed the requirement to do a lot of work to earn this money.

Add to that the removal of the requirement to look around the mouth and do anything that might need doing and make the patient ‘dentally fit’ and the effect of the UDA system was to wean dentists off high fee courses of treatment in favour of simpler ones.

In that they were following the teaching of such as Professor Elderton, who in an article in the International Dental Journal (1993) wrote: ‘many dentists continue to be powered by an aggressive restorative approach, which may result in unnecessary treatment and which must now be seen as inappropriate.’

The idea that a dentist should not do everything that can possibly be justified lies at the heart of the clinical pathway approach that underpins the pilots, the prototypes and the forthcoming new contract.

Those who carry out short courses of treatment benefit under the UDA system; those that believe they need to do 10 fillings and three root treatments for three UDAs lose money.

Whether it was a good idea to introduce a new way of working into what is essentially still an item of service method of paying is a moot point to say the least.