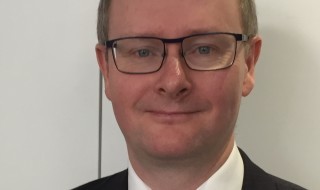 It’s been a pretty tough couple of years for dentists and their regulator, the General Dental Council (GDC).

So first let me give credit to the GDC for its recent decision to stop publishing addresses on the register.

In the words of Ian Brack, the chief executive, it balances the GDC’s role in protecting the public with the need to treat dental professionals fairly, ‘whilst protecting their personal information’.

The old rules were made in a different age, before the dangers of such developments as social media were known.

It was a signal to me that the GDC, with its new management team, has finally turned the corner.

Over the past two years, I have written frequently about the GDC and this is the third time in as many months that I have done so.

I have reported from the BDA Conference in May, the LDC Conference in June and in July I went to the Westminster Health Forum where GDC director of strategy, Matthew Hill, said that the current model of regulation needs to change.

The traditional fitness to practise-based model is, he said, unsustainable in terms of cost and consent.

It is unclear how the system gives patients the benefit of protection.

Both effort and cost are skewed towards sanction and not ‘upstream’ to preventing damage in the first place.

Fitness to practise takes up a disproportionate amount of the GDC’s expenditure and staff headcount.

The balance of regulation needs to be shifted towards education, including CPD, setting and embedding standards, as well as ‘extracting and disseminating learning when things go wrong’.

I have always been suspicious of the claim that complaints necessarily indicate bad practice.

In many cases they do, but it is probably also arguable that poor practice may not give rise to complaints.

Dr Shipman was rumoured to be seen as a good and kind doctor by most of his patients.

Likewise, many of us know of people who have moved into their area and come praising their previous dentist to the roof, only to open their mouth and show some pretty questionable dentistry.

This is why what Matthew Hill called ‘first tier resolution’, dealing with complaints before they reach the fitness to practise stage, is so important.

He cited the example of the GDC’s own Dental Complaints Service, with an average cost of processing at £210, but showing high satisfaction rates for both patients and professionals.

Later this year the GDC will publish a consultation paper on proposals for the way forward now that it has turned the corner.

I am optimistic that it will mark a significant milestone on the way.