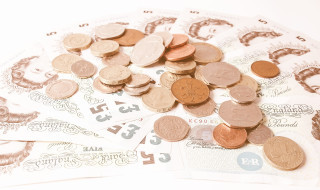 Dentists are being forced to act as ‘tax collectors’, ministers have been told – with no guarantee that the money raised will be spent on better care.

Lord Colwyn – a former dentist himself – sharply criticised the government for hiking fees by 10% over two years without ring-fencing the revenue for dentistry.

The Conservative peer warned the inflation-busting increases – announced in March – would backfire by persuading some patients to reject a trip to the dentist altogether.

And he attacked what he said was the latest example of dentistry being milked to plug gaps elsewhere in the NHS budget, after years of financial squeeze.

Lord Colwyn said: ‘Fees for treatment are going up above inflation, by 5% this year and a further 5% next year.

‘I fear that this unprecedented increase will discourage patients who most need to see the dentist from going to see one, and will undermine the relationship between patients and practitioners.

‘One in five patients already say that they have delayed dental treatment because of its cost, and this will only go up as the cost of NHS dental treatment continues to rise much faster than people’s earnings.’

On the lack of ring-fencing, the peer added: ‘Dentists are being asked in practice to play the role of tax collector while their patients are singled out to subsidise the wider health service.

‘Expenditure on primary-care NHS dentistry as a proportion of the total NHS England budget has gone down by 13% in cash terms over the past four years, while proceeds from dental charges were going up even before this latest surge in prices.

‘Treating dental patients as a source of easy money is not fair and, as the increasing sums spent on hospital extractions show, it is also a false economy.’

Lord Colwyn, speaking in a House of Lords debate, also repeated his criticism of the government for ‘kicking the badly-needed reform of health regulation into the long grass’.

David Cameron had promised to sweep away ‘outdated and inflexible legislation’ as long ago as 2013, yet no legislation had followed to ease the burden of regulation on dentists.

Lord Colwyn said: ‘The complex, burdensome and frankly antiquated laws we currently have in place hurt patients and practitioners and cost time and money.’

Meanwhile, England had failed to follow the leads set by Scotland and Wales to target young children facing tooth extractions because of decay with preventative programmes.

The peer said: ‘I urge the minister to show the same ambition and appetite for innovation as her colleagues in Holyrood and in the Senedd.’

There was anger, back in March, when the fee increases were slipped out on a Friday, when the vast majority of MPs are at engagements in their constituencies, far from Westminster.

In this prosthodontips column Josh and Zo will talk about immediate dentures – with the focus on immediate complete dentures.…

How to overcome your nervousness about going private