Government reshuffle could see changes with the sugar tax 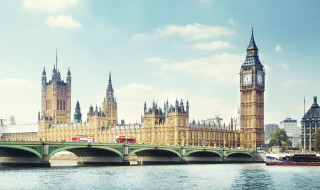 Government reshuffle could see changes with the sugar tax

Michael Watson reports on the government reshuffle and explains how it could affect dentistry.

Back in 2002 I was working at the BDA on Dame Margaret Seward’s report Options for Change.

It was all ready to go public when there was a reshuffle and dentistry had a new minister (David Lammy MP).

Publication of the report was postponed and it eventually came out three months later.

This is what happens with reshuffles, policies are reassessed and sometimes kicked into the long grass.

Since Theresa May became prime minister, there has been a major shake-up at the Department of Health, with secretary of state, Jeremy Hunt MP, almost the only survivor.

Three ministers have left the department.

Alistair Burt MP who was responsible for GDS dentistry, including reform of the dental contract goes to the backbenches; he was an ardent ‘pro-remain’ supporter.

Jane Ellison MP who was the minister for public health goes to be Financial Secretary to the Treasury, where ironically part of her brief is taxation and, perhaps, the ‘sugar tax’.

Ben Gummer MP was a junior minister, responsible, amongst other duties for the health regulators including the GDC; he is promoted to be Minister for the Cabinet Office.

They are replaced by minister of state Philip Dunne (MP for Ludlow), and parliamentary under-secretaries Nicola Blackwood (MP for Oxford West and Abingdon) and David Mowat (MP for Warrington South).

Lord Prior remains as health minister in the House of Lords, but George Freeman MP, who used to be shared between the Health and Business departments leaves the government to become chair of the PM’s Policy Board.

The BDA has pointed out that there are several areas ‘urgently seeking clarity on the timetable for delivery’, including reform of the GDS contract, reform of healthcare regulation, the sugar levy, and a pilot programme delivering prevention in areas of high need in England.

When it was announced that Jeremy Hunt would remain in post the BDA was optimistic that progress could be made with chair Mick Armstrong saying: ‘Continuity at the Department of Health means there’s no excuse for unfinished business on oral health.’

It appears he spoke too soon and one of the first casualties of the reshuffle could be the much anticipated strategy on childhood obesity and the effect of sugar on children’s oral health.

This week should have seen the publication of the sugar strategy, but this is now rumoured to have been postponed to the autumn.

But if a report that appeared in The Times last week is accurate, the fight against sugar is to be left in the hands of the food companies.

Action against child obesity was promised in the Conservative manifesto last year and Mr Hunt said that it would be ‘draconian’.

A clampdown on junk food advertising and forcing food companies to take sugar out of their products were singled out as priorities by advisers at Public Health England.

However, specific measures to restrict promotions, such as buy-one-get-one-free deals on unhealthy snacks, have been blocked by other Whitehall departments, apparently.

Instead the latest draft circulating in Whitehall says simply that ‘we will put in place additional targeted and proportionate measures to further reduce families’ exposure to adverts for unhealthy foods’, adding: ‘We will consult shortly on options for action.’

Graham MacGregor, director of Action on Sugar, has said: ‘It’s a pathetic plan and it won’t have any effect on childhood obesity.

‘Last year it was a really good plan but it’s been gradually eroded.

‘Theresa May has got to go back and revise this completely.’