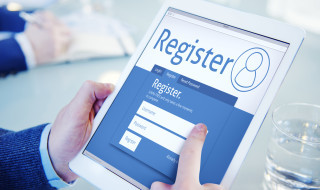 Record numbers of Scottish patients are registered with an NHS dentist, according to the latest figures from ISD Scotland.

The figures show that nine in 10 people are now registered with a dentist, a ‘record breaking’ increase in registration numbers, and there is no difference in registration rates between children in the most and least deprived areas.

However, Robert Donald, chair of the British Dental Association’s (BDA’s) Scottish Dental Practice Committee, has expressed his concern that the rates are masking a long term decline in patient participation, with only 72% of those registered in March 2016 having seen an NHS dentist in the last two years.

‘The reality is that while many people in deprived communities are getting on the books, they are not making it to the dentist’s chair,’ Robert Donald said.

‘We know Scotland has a lot to be proud of when it comes to fighting decay, particularly the big gains we’ve seen through Childsmile.

‘Now we need real effort from the government to ensure adults are seeking the regular care they need.

‘Lifetime registration is good for generating positive statistics, but that means very little if the patients in most need are not seeking treatment.

‘Boosting attendance among adults would do wonders for Scotland’s oral health, particularly on oral cancer where early detection is key.’

Participation rates in Scotland have been in decline since changes to registration rules in 2007, according to BDA Scotland.

The dentists’ group has called for the Scottish government to do more to boost participation among adults in deprived areas – particularly to halt the rise of oral cancer.

Oral cancer incidence in Scotland among men and women is currently at 16.8 per 100,000, compared with 12.4 in England and 11.9 in Northern Ireland, and cases are clustered in areas of high deprivation.