Who will be the next Prime Minister? 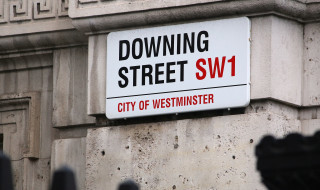 Who will be the next Prime Minister?

Michael Watson looks back through history to speculate on who might be the next Prime Minister.

The unexpected outcome of the EU referendum has lost us the Prime Minister.

Since then speculation has been rife in the media about who will be next, with the favourite emerging as Boris Johnson, albeit with a growing ABB (anyone but boris) faction.

I wondered if it was worth betting my NHS pension on the next PM, so did a little research.

Since the way-time leaders Churchill and Attlee retired in the mid-1950s, each of the major parties has had 10 leaders.

Four conservatives became leader and Prime Minister (Eden, Macmillan, Home and Major) and three were elected in opposition, but went on to become PM (Heath, Thatcher and Cameron).

Of the labour leaders, two died (Gaitskell and Smith), two became Prime Minister when elected (Callaghan and Brown) and two won an election later and became PM (Wilson and Blair).

This tells us little except that the Conservatives gave us more prime ministers than Labour since 1945.

What did strike me as significant though is that when a party is choosing a leader who will take over as Prime Minister, both parties will invariably choose someone who has held one of the three major ministries, (Chancellor – four, Foreign Secretary – four or Home Secretary – one).

Some had held more than one of these and Callaghan had held all three.

When choosing a leader who would only become PM after they had won an election, they often took a chance, choosing someone who had been a junior cabinet minister or never held office at all.

Sometimes this paid off and the leader went on to become PM (Health, Thatcher, Wilson, Blair and Cameron), often it did not (Foot, Kinnock, Hague, Duncan Smith).

If the pattern is followed this year it would rule out Boris Johnson, despite his popularity in the country, and also the various junior ministers whose names have been touted.

Indeed the only who fits the bill and who hasn’t blotted her copybook is Home Secretary, Theresa May.

So far, so good, but for a more definitive opinion I went to that civil servants’ text book, Yes Minister, in particular Party Games when Jim Hacker beats two front runners to become PM.

Jim’s opponents are Duncan, the Foreign Secretary and Eric the Chancellor, one of whom would split the party in three months, the other in three weeks.

However, their security files show that Duncan has some financial irregularities in his past and Eric a ‘shady lady from Argentina’.

So they are both deemed unsuitable and Hacker emerges as the compromise candidate who will unite the party.

So, in the current contest those closely associated with the Brexit side (Boris Johnson) and those who campaigned strongly on the Remain side (George Osborne) would be excluded, leaving Theresa May to come through the middle as the compromise candidate.

No I don’t believe it either; anyway I am not betting my NHS pension on it.