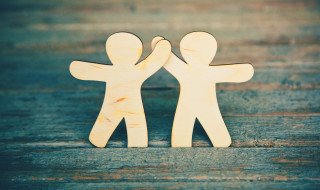 Try to imagine how it feels to be the brains behind epoch defining propositions like Ikea, Travelodge, B&Q, Specsavers and Amazon. Pretty bloody good would be an understatement. You’re the one who singlehandedly makes an entire retail category that was doing fine suddenly look outdated, clumsy and rather far up a creek without a paddle.

It’s probably more for this deep sense of vindication, rather than simply the unimaginable spoils on offer, that most retailers spend a large portion of their lives dreaming of inventing a killer proposition.

There has to be a killer proposition in dentistry, but what is it? So far we’ve seen lots of evolving formats, some of which are compelling, if only because they exist in a very dull market.

Take, for instance, Centre for Dentistry (CFD), which operates within Sainsbury’s. Then there’s IDH’s rebranded Mydentist and Oasis’ Smiles Dental, originally created by a fresh-thinking Irish team. All three have considerable kerb appeal when compared to the average independently owned semi-detached mixed or private practice. So how different are they from the consumer’s perspective and are they, in fact, killer propositions?

CFD is fundamentally different because it operates out of somebody else’s store. Its busiest day is Sunday and an unusually large proportion of its new patients have never been to the dentist before. The other two formats, however, are simply an exercise in rebranding, albeit very successful ones.

In a market the size of dentistry (well over £6 billion now in the UK), which is still massively undeveloped and unsophisticated from a consumer perspective, shouldn’t there be many more alternative formats? What are the potential killer propositions for UK and Irish dentistry?

For a killer proposition to work it must address a perceived or real consumer need (things like easy access, treatment availability or value for money). Then it needs a financial model that works. This is where it gets really complicated, and it’s probably why there’s still a dearth of killer propositions.

The fundamental constraint here is the perpetual conflict between being a dentist and wanting to own your own shop: what’s your route into a serious retail operation? A compromise might be to learn from Specsavers and operate a 50:50 joint venture partnership (JVP). This evolved format has powered Specsavers’ dominance of optics and aural services in markets around the world.

It strikes me that the JVP approach coupled with a seven-day retail format in the right location wouldn’t just be a disrupter, it would be a true category killer as it leverages the desire of many dentists to own their own practice and addresses their fear of business venture – a fear increasingly exacerbated by changes in the market and the complexity of building a successful practice. The JVP model could deliver many economies of scale too, not least in marketing.

If this concept interests you, contact me for a chat because I am extremely interested in developing it.