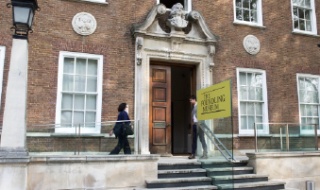 With everybody talking about the alarming figures for children’s oral health recently, Seb Evans went along to the first BSPD stakeholder meeting in May to find out how we can change these headlines.

Children’s oral health has been making headlines across the media. The most alarming headline perhaps is the record numbers of children who are having their teeth removed in hospital under general anaesthetic, costing NHS England a reported £35 million every year.

Little action has been taken by the government to halt these growing numbers too. There is evidence of schemes that work, halting the rise in tooth decay in children. The Childsmile programme in Scotland is one such example and claims to save the government £5 million every year in reduced dental treatment.

‘I think the important thing here is to make sure all stakeholders are working together and not going at things individually and reinventing the wheel. Acting in unison we should be able to have much more impact.’

He told BSPD: ‘Your agenda was informative and set the scene. We now need to decide what the appropriate action is and what we want to achieve – is it Childsmile UK for example?’ – Nigel Carter.

Recently the UK government has moved by announcing the introduction of a tax on sugary drinks. Despite this potentially having major benefits to children’s oral health, it is the benefits to their waistlines that is being spoken about by the government, with oral health seemingly low down on their agenda.

With all the media coverage over children’s oral health, May was the perfect opportunity for the British Society of Paediatric Dentistry (BSPD) to host its first stakeholder meeting in London’s Foundling Museum. The meeting brought together representatives from a wide range of organisations all involved with children’s dentistry.

The new president of the BSPD, Robin Mills, opened the eagerly anticipated day with a quote from Ghandi: ‘A nation’s greatness is measured by how it treats its weakest members.’ Robin said that we are not making it easy for some of the most vulnerable in our society. He explained that in some areas the NHS was moving towards funding adult-only services, meaning children would have to travel further to see a specialist paediatric dentist and creating a barrier for treating children in need.

Robin finished on a theme that would run throughout the day, he explained that we need to work together to bring the agenda forward. Dentists often work in isolation from other healthcare providers, making it difficult to change the status quo. He pointed out that there are not enough specialists in paediatric dentistry and that children are often being overlooked.

‘Children need our advocacy,’ Robin said. ‘Many databases for children, such as those in the NHS and in schools, record a child’s doctor but not their dentist. For me, inclusion of the dentist would represent significant progress.’

Mrs Claire Stevens was up next to reinforce Robin’s message. Explaining what paediatric dentistry is and why the profession should care, Claire quoted some of the striking figures facing the profession. In the UK 66,859 children had decayed teeth removed under general anaesthetic. The latest Child Dental Health Survey found 31% of five-year-olds and 45% of eight-year-olds showed signs of decay, rising to two thirds of 15-year-olds. In the 1970s, 70% of children started school with signs of decay, which has gradually dropped to 49% today, however this has now started to show some signs of levelling off.

‘Why is this important, particularly since they are deciduous teeth?’ Claire asked. She highlighted the link between days off from school and tooth pain. This also extends to adults taking time off work to look after their children.

Repeating Robin’s calls for a joint approach from the dental profession to move the agenda forward, Claire said that this is the ‘start of the future.’

A recipe book for commissioners

Dr Sandra White, national lead for dental public health for England at Public Health England (PHE), was next to take to the stage to discuss the challenges PHE faces in achieving its vision.

To start with Sandra had to outline PHE’s rather ambitious vision: ‘All children to be free from dental decay.’ She highlighted one of the challenges in reaching this was the anti-fluoride lobby, making it difficult to introduce fluoride into children’s drinking water.

The BSPD stakeholder meeting happened a day before statistics released by PHE showed a drop in the decay experienced by five-year-olds, reaching its lowest level since 2008. But as Sandra said at the time: ‘One child with tooth decay is one too many and there is still much inequality in dental health around the country.’

‘I think the way to move things forward to reduce the burden of dental disease in children is to use digital technology to raise awareness of the evidence-based daily oral hygiene tasks children their parents or carers need to carry out each day to prevent tooth decay and motivate long-term behaviour change.’ – Ben Underwood, creator of Brush DJ.

Dr Claire Ledingham made her way to the stage after Sandra and congratulated Liverpool Health Council’s recent campaign to name and shame drink brands with high sugar content.

In her talk, Claire looked to highlight the difference a paediatric specialist can make in dentistry.

Becoming a specialist in paediatric dentistry requires three years of additional training and according to a BSPD survey, carried out in 2011, there has been a drop in specialists in this area, down to the current level of 228 specialists across the UK.

There is a skewed distribution too, with many children having to travel for miles to be seen by a specialist. ‘Every child has a right to be referred to a specialist,’ Claire pointed out.

Many specialist posts are now becoming general dental practitioner posts and Claire finished her talk by saying ‘collectively, we need to move the agenda forward.’

‘On reflection, it feels to me that we should be making sure that parents are involved at every stage of programmes such as Childsmile and that they are given regular feedback (digitally) and encouragement to make dental health a priority.’ – Sarah Vince-Cain, nutritionist.

Again, Stephen quoted the shocking figures associated with children’s oral health: 13% of children have extensive decay by five, 10% of 15-year-olds have had a tooth removed under general anaesthetic due to tooth decay etc.

Stephen created what he called a ‘recipe book for commissioners’, which included 10 priorities to help improve children’s oral health:

The BSPD recommends that England should have 530 specialists in paediatric dentistry, which would equate to around one dentist per 100,000 children.

The opportunity to make a difference

The audience also heard about:

Claire Stevens, media spokesperson for BSPD, said it was clear there was a willingness on the part of everyone to share information in pursuit of improved education, prevention and access to services for patients aged 16 and under.

‘We need to stop looking at oral health in isolation and look at teeth in the context of overall health. We have the opportunity to make a difference and I am excited to see what happens as a result of today’s meeting.’

The first BSPD stakeholder meeting was certainly inspirational. Now is the time to stop the crisis in children’s oral health before it gets any worse, and it will take everybody working in the dental profession to pull together in the same direction to help combat this.

The importance of acting in unison to raise awareness of children’s oral health was one of the key take-home messages from the BSPD’s stakeholders day.

Other key messages include: