In sickness and in health 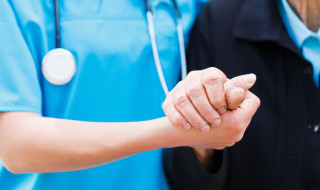 In sickness and in health

A short-term fix will not solve the huge underlying issues found in the NHS, Kevin Lewis says.

The government’s recent promise of more money (an extra £2.4 billion in stages through to 2020) to fund front-line medical GP services and support staff has provided a rare ray of sunshine in an otherwise dismal period for the medical profession. At the time of writing the junior doctors dispute rages on and the intervention of the GMC and some of the royal colleges has upped the stakes.

It is blindingly obvious that the most expensive place to provide healthcare is in the hospital environment, and also that treatment provided in primary care is much more cost-effective. So a healthcare system that fails to encourage treatment and care delivery in the most appropriate setting, or which creates perverse incentives and pressures between the alternative sectors for care delivery, is fatally flawed.

One of the many differences between general medical and general dental practitioners is that a much higher proportion of the dental patients are being seen at times when they are healthy and free of symptoms. A cynic would take issue with this, arguing that far too many healthy, largely symptom-free patients are cluttering the waiting rooms and surgeries of medical practices around the country and this is actually part of the overall problem.

The clear and proven cost-effectiveness of the GP sector is just as true for dentistry as it is for medicine. It is therefore particularly illogical and perverse that NHS patient charges are levied when patients seek treatment in general dental practice, but not when the patients receive the same treatment at much greater expense to the state, in secondary or tertiary care. I would not relish the task of trying to explain the logic of this difference to any visiting extra-terrestrials. It would confirm their worst suspicions that earthlings are not the brightest. If after that I start trying to explain the UDA system to them, they would soon be scuttling back to their spaceship in double quick time.

Intergalactic visitors might understand the situation if I were to explain that NHS dental charges were introduced to put a brake on patient demand, first and foremost. They were introduced in 1951 to deter patients from seeking treatment that they had needed (but couldn’t afford) for many years prior to the launch of the NHS in 1948. And it did not go unnoticed by our political masters (then or since) that this ploy works a treat.

Later these charges became a valuable source of revenue that patients did not appear to view as an extra tax. Most readers will be aware that dental patient charges in the NHS increased by 5% a month ago and will increase by a further 5% next April, which is more than can be said for dentists’ pay or indeed the average pay of the patients who will be asked to pay those charges.

The GMC’s intervention in the recent BMA-supported industrial action came quite late into this dispute and was unusual in many respects. Urging doctors to ‘pause and consider again the possible implications (of an all-out strike)’ it settled upon a responsible middle ground, which did not openly criticise the doctors who were choosing to take industrial action, especially at the earlier stages when consultant cover was available and emergency care was ring-fenced and protected anyway. It also reminded doctors of ‘their duty to speak up when a patient’s safety is compromised through working conditions or the environment in which they work.’

Both the GMC and GDC publish a view that employers have a duty to act in the interests of patients too. The GMC urges those in management positions and other positions of influence and authority to make arrangements that ‘minimise the adverse effects of fatigue and workload’. But there is one employer (the NHS) that seems to be exempt from this exhortation. In a recent column I questioned the professionalism, ethics and morality of commissioners who knowingly contract for dental services at rates that are so low it is impossible to conceive that patients will not be placed at risk. Providers and performers will be forced to see too many patients, to treat them too quickly and perhaps make other compromises to make ends meet.

Some of the new money, we are told, is destined to create a dedicated resource to help and support GPs who are suffering from stress and burnout. Alongside this will feature a public campaign to recruit 5,000 doctors from abroad and 4,500 extra home-grown doctors, and also a drive to encourage junior doctors to become GPs. Good luck with finding those extra 5,000 doctors Jeremy, given that one in 10 GP training places were left unfilled last year and 30% of GPs in a recent survey said that they are planning to leave general practice and/or retire within five years.

The government announces with glee that GPs will soon have the luxury of eight- or 10-minute consultations with each elderly patient presenting with multiple medical conditions and a list of medication longer than a GDC charge sheet. Not surprisingly, GPs and patiens feel rushed, and there is every danger that one or both will choose not to mention something that they would have done, had time not been at such a premium. When time is constrained, dialogue and relationships get constrained too.

And that unasked question or those unspoken additional words, may well result in a re-attendance that might otherwise have been avoided. Healthcare talks a lot about the ‘right first time’ (RFT) approach because this ultimately makes the best use of finite resources, but it is supremely ironic that the NHS and its management is about as far from RFT as it is possible to get.

The crisis facing NHS medicine the current troubles within NHS dentistry can be traced back to a catalogue of ill-advised previous reforms and reorganisations, perverse incentives, short termism, quick fixes and misplaced priorities. Instead of RFT we have had WET (wrong every time) for longer than most of us can remember.

‘Too big to fail’ might have been a phrase born in the US with the financial sector in mind, but it could have been designed for the NHS on this side of the pond. It is a supercharged political hot potato so games are permanently being played by successive governments and opposition parties as well as by the unions involved. It is a political judgement that they can get away with levying charges from patients when receiving dental care but they back off doing the same in respect of most forms of medical care.

The NHS is propped up by the enormous commitment, forbearance and good will of those working within it, most of whom still believe passionately in it – even while the NHS is taking them for granted. But less obviously, NHS dentistry is hugely propped up by the private sector, which subsidises staff costs and the funding of capital purchases on equipment and facilities. Without this private income to help to pay the bills, many practices could not afford to remain within the NHS – but they often keep that link.

This is a measure of the mystical power of the NHS – it has the power to unite and to divide, as we have been seeing in relation to the junior hospital doctors. But the NHS itself needs radical surgery more urgently than many of the patients it is attending to every day of the year and, just as with patient care, the occasional application of soothing ointment and Elastoplast, or a short course of medication, does not deal with the seriousness of the underlying condition.