Is the dental check-up really necessary? 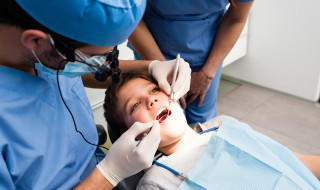 Is the dental check-up really necessary?

Doctors are beginning to ask if health checks for the over-40s are really necessary and whether they cut the risk of disease.

A new study, by Imperial College London, of 50,000 who turned up for these ‘midlife MoTs’ showed that GPs have to see 4,762 people to prevent only one heart attack or stroke.

In addition those who had the health checks put on only a pound or two less than those who did not have one and they had only tiny reductions in blood pressure and cholesterol levels; they were also no more likely to quit smoking.

Research lead, Professor Azeem Majeed, said: ‘For any individual person the effects are so small that they wouldn’t notice them.’

Does any of this have relevance for dentists, after all we have been getting patients to attend for regular check-ups, and they are incorporated within clinical pathways as oral health assessments.

Around a quarter of UDAs, at a cost of over £500 million, are for band one; so is this money well spent?

The research on dental examinations was done 40 years ago by the late Professor Aubrey Sheiham, who in 1977 published a paper in the Lancet reviewing the evidence for the six-monthly dental check-up.

He also concluded that the ritual may well do more harm than good and, although he did not use these words, dentists were looking for business.

Unsurprisingly he was roundly vilified within the profession, but he was largely vindicated by the 2004 NICE report on the frequency of check-ups.

Responding to the latest research, Dr Clare Gerada, a former chair of the Royal College of GPs, said: ‘GPs have always known these checks were a waste of time that should be spent treating people who are actually sick.’

Should the same argument apply in dentistry?

If we didn’t spend so much time recalling patients with low risk of disease to tell them that their oral health is ok, we might have more time to see high-risk children who may never attend until they are seven and then have traumatic extractions under general anaesthetic.