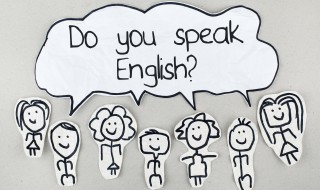 I have no wish to enter the amusing but somewhat pointless debate regarding the true origin of the above quote, which was referring to England and America. George Bernard Shaw seems to win the popular vote, not least because it is believable and seems right, but the same could be said for his fellow Irishman Oscar Wilde, who actually has a more evidence-based claim to the original rather clever thought, if not the quotation itself. What he had actually said in work published in 1887 was ‘We really have everything in common with America nowadays except, of course, language’.

Looking across the pond at the increasingly scary prospect of Donald Trump becoming the leader of the western world, and around Europe at some of the equally scary leaders, what we seem to have in common these days is the capacity to do the unexpected and occasionally, to shock.

It was serendipitous that April Fools’ Day was the day when the GDC acquired new powers to check the English language competence of those wishing to be registered to practice here in the UK. The GDC already had powers to seek evidence of such competence from dentists arriving from many parts of the world where they may be highly skilled in both written and spoken English, but not from those dentists coming from the European Economic Area, who enjoyed a specific exemption from the testing requirement. Don’t you just love the perversity of European law?

The GDC’s benchmark is a pass at the appropriate level in the International English Language Testing System (IELTS). Many of us can remember an inglorious previous chapter in this story in the early 2000s, when the ‘pass mark’ was deliberately lowered under pressure from the Department of Health in England, which was at that time hell-bent on a major recruitment drive to bring 1,000 or more dentists into the UK from the Indian sub-continent and elsewhere.

It was all part of the jostling for control, influence and leverage ahead of the changes to the NHS dental contract in 2006, and it ended up contributing, in no small measure, to a very significant expansion of the UK Dentists Register over that decade and through into the early 2010s.

The original pass level (IELTS 7.0) was later reinstated for dentists, but not for many other members of the dental team. As from 1 April, overseas qualified dental nurses and dental technicians applying to the register will be required to pass IELTS (or equivalent) at the same level as for dentists, hygienists and therapists.

An acceptable alternative to an appropriate level of pass in IELTS would be a dental qualification that has been taught and examined entirely in English, or recent experience of practising dentistry in a country where English is recognised as being the first language.

I do not question for a moment the desirability of being able to communicate in the same language as the patients we are treating. It is a great starting point, but it is not the same thing as being able to communicate effectively with patients. Not the same thing at all. I found it slightly strange, therefore, that the GDC’s interim CEO and registrar, Ian Brack, is quoted in the GDC’s press release as follows: ‘Our standards make it very clear that the written and spoken English must be of a standard which enables them to be able to communicate effectively with patients’.

Practising in the UK delivers some pretty stiff challenges for any dentist entering the UK profession from another country where different cultural mores apply, and where the risk of litigation and/or regulatory challenge and investigation are very much lower than in the UK. One of the main contributory factors explaining this very different environment is the level of consumerism, which in turn leads to more complaints and demands for redress.

The ethical duty of candour (openness, honesty, transparency, truthfulness) already existed for dental health professionals not just within Standards for the Dental Team, but in many sets of GDC guidance published prior to that over many years. The Statutory Duty of Candour introduced in April 2015 for owners/operators of primary care dental practices was a blunt stick indeed when the intended objective was a change in culture.

Also in early 2015, there was a second example of UK law catching up with the longstanding requirements of healthcare regulators, when the ‘Montgomery’ case changed the legal landscape on the requirements for obtaining a valid consent here in the UK. It should not have come as any kind of shock for any healthcare professional who was already familiar with (and following) the guidance provided by the GMC, GDC and other such regulators.

But all of this represents a rude and seismic shock for many dentists and other dental health professionals coming to work in the UK for the first time, especially from some parts of Europe where for historic reasons litigation and regulatory challenge is almost unknown, and healthcare professionals are viewed in a very different way by members of the public. No amount of competence in the English language is going to bridge that gap in understanding and culture.

There is also the increasingly problematic issue that many dentists who were born, raised and trained here in the UK, are now practising in highly multicultural settings within the UK itself, treating more and more patients for whom English may be neither the primary nor even their secondary tongue.

I was talking to a dentist a few weeks ago who was telling me that he was attempting to obtain the consent of an elderly lady for some extractions. She was accompanied by a relative who spoke a few words of English but unfortunately their repertoire did not include words like ‘pain’, ‘mouth’, ‘tooth’, ‘remove’ and so on. They were joined by a child aged nine or 10 who spoke the best English of the assembled throng, but it was anybody’s guess whether she was successfully acting as the intermediary between dental jargon, English language and whatever third language was being spoken. I wonder if the GDC offers to carry out IELTS testing of 10-year-olds as part of its new offensive to win back the hearts and minds of the dental profession?

That brings me on to yet another aspect of testing English language competency – the need to communicate words and concepts that are themselves unfamiliar, even to patients who speak fluent English. Words that IELTS is a total stranger to. In this context, perhaps I should leave the final word to Oscar Wilde after all: ‘I am so clever that sometimes I don’t understand a single word of what I am saying’.