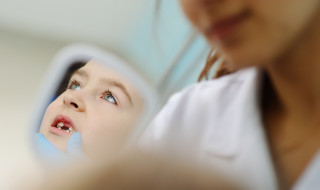 Forty years ago, a professional lifetime for most dentists, the Court Report (on child health services) was published.

It called the item of service payments system ‘inappropriate’ for children and advocated prevention for children through a capitation system of payment.

It should do so as it has formed the basis of every report and paper ever since.

Prevention is the Philosopher’s Stone, the alchemy that will turn the base metal of item of service or UDAs into the gold of good oral health for all.

Even the present (UDA) contract was heralded, in the framework proposals in May 2004, with the hope that the proposed arrangements would allow dentists ‘to offer a more preventive approach to patient care’.

The proposals for prototypes incorporate capitation either for band one or bands one and two treatments.

The British Dental Association (BDA) supports the latter as a way of delivering a service based on prevention, but some of us have our doubts.

Capitation for children was tried after 1990, but failed to deliver a preventive service.

In fact it ‘delivered’ neglect, to the extent that partial item of service had to be re-introduced to ensure that children’s teeth were actually treated when necessary.

In reality the current dental contract does not pay for prevention so is there any likelihood that the prototypes will?

Fresh thinking is needed and this could come from schemes such as Childsmile in Scotland and Teeth Team in Hull.

Linking GDPs to schools could be part of the answer, but unless it is financially remunerated, by taking some of the current contract value and redirecting it from UDAs to prevention, it will not take off.

A new group has been set up by the CDO to look at contract reform, which will include the BDA.

Let us hope that it looks at new thinking and addresses the problem of incorporating prevention, something that has eluded reformers in and out of the profession for 40 years.