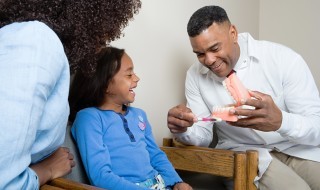 Dentists are calling on the Welsh government to use proceeds from the sugar tax to invest in preventive care.

The British Dental Association Wales (BDA Wales) has also asked for the next Assembly Government to cut NHS dental charges in a bid to tackle the oral health epidemic in Wales.

These points are included in a five-point plan for better oral health released by BDA Wales, after the latest Child Dental Health Survey found that 66% of 15-year-olds in Wales experience decay, compared with 41% in England.

‘A child born in Wales is 25% more likely to end up with decay than one born on the other side of the border,’ Katrina Clarke, chair of the BDA Wales General Dental Practice Committee, said.

‘We have seen pioneering programmes, but the next Welsh government will have to go the extra mile to turn this around.

‘Nearly 400,000 people in Wales have avoided or delayed necessary treatment because of costs.

‘Storing up conditions is bad for patients and for the taxpayer, because prevention isn’t just better than cure – it’s cheaper too.’

The Adult Dental Health Survey shows almost 400,000 people in Wales have delayed or avoided treatment due to costs.

‘A modest slice of that funding could expand the successful Designed to Smile programme to all nurseries in areas of high deprivation.

‘This small investment would give children the best start in life; it would help set habits that will take a huge strain off the health service.

‘It’s time to make all the talk on prevention a reality.

‘Let’s invest in children, move on from a failed NHS contract that’s failed patients, and ensure Wales is training and keeping the dentists we need.’

BDA Wales has asked that proceeds from the sugar tax should be used to help fund the expansion of the Designed to Smile initiative, to include nurseries for children under three years old and be made compulsory in areas of deprivation.