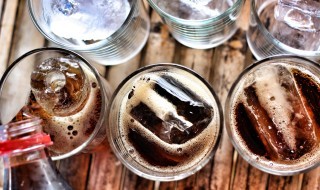 George Osborne has announced the introduction of a sugary drink tax, in a hope to raise £520m for school sports.

Announced in the his eighth budget, the Chancellor of the Exchequer introduced the tax on sugary drink producers, rather than directly on the consumer and the government claims the tax will be the equivalent of 18-24p per litre.

‘I am not prepared to look back at my time here in this Parliament, doing this job and say to my children’s generation, “I’m sorry, we knew there was a problem with sugary drinks and we knew it caused disease but we dumped the difficult decisions and did nothing”,’ George Osborne said.

‘Today, I can announce we will introduce a new sugar levy on the soft drinks industry.’

The sugary drink tax will fall into two bands: those with 5g per 100ml and those with more than 8g per 100ml.

Tooth decay is the leading reason for children to be admitted to hospital, with the British Dental Association (BDA) claiming there has been a 10% increase recently in children being admitted due to the issue.

‘Many were expecting half-measures from the government on sugar, so today’s announcement looks like progress,’ Mick Armstrong, chair of the BDA, said.

‘Britain’s sugar addiction is costing the health service billions, and it’s only right the drinks companies should make a fair contribution.

‘Health professionals are confronting a preventable epidemic, and parents, the government and the food industry all need to play their part.

‘Sugar is cheap, addictive and-nutrient free, and industry finally has a reason to start cutting the dose.’

The sugary drink tax will be introduced in the next two years, but pure fruit juices and milk-based drinks are exempt.

The tax hasn’t been welcomed everywhere, however, with Gavin Partington, director general of the British Soft Drinks Association, telling Sky: ‘We are extremely disappointed by the government’s decision to hit the only category in the food and drink sector, which has consistently reduced sugar intake in recent years – down 13.6% since 2012.’