Beware what you wish for 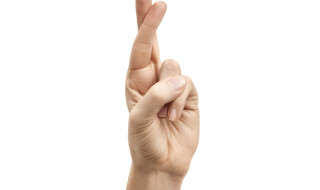 Beware what you wish for

Could the GDC be merged with another regulator to help save money in healthcare regulation and would this be a good thing, questions Kevin Lewis.

There was a Chamberlain-esque ‘Peace in our time’ feeling about David Cameron’s return from the recent EU conference.

One cannot deny that the question of whether or not Britain remains in Europe is very important. It may or may not prove to be the stated ‘once in a lifetime’ moment; these phrases are strangely absent after they were done to death in the Scottish Referendum debate and Nicola Sturgeon has since explained that really meant ‘until the next chance arises.’

The perceived wisdom is that the strong majority of the people in Scotland who voted to keep Scotland within the UK did so partly because they weren’t absolutely sure how things would land if they voted the other way. I am sure many of them liked the idea of autonomy and independence, but stepped back from the brink in the belief the devil they knew might just be better than a stranger.

My early sense of the European debate is that the same kind of nervousness and questions are likely to arise and each camp will be trying desperately to persuade us that their version of the future is far preferable to the alternative.

Readers with long memories and alarming compulsive-obsessive tendencies will know that the report of the Joint Law Commissions (for the constituent parts of the UK) was published in April 2014. The Department of Health was given the lead role in taking forward the proposals and a draft bill was introduced by the previous coalition.

It was probably just as well that this soporific bill stagnated early in its course because there was a wide consensus that as drafted it provided only a partial solution to the needs and wishes of the regulators. Many of them would have been scratching around impatiently for further Section 60 Orders in the years ahead.

Last summer the previous coalition Government responsible for that bill was replaced by a new (majority) Government, and emboldened by the lack of political constraints, there seems to be a renewed appetite to grasp the nettle of reforming healthcare regulation. Indeed, much more sweeping reforms are now being considered, including a possible reduction in the overall number of regulators.

I think most of us would agree that the multiplicity of agencies now involved in the regulation of the healthcare environment has become burdensome, suffocating and debilitating. There would be little argument with the simplification of regulation.

The added complication here is the diversity of these regulators and how they operate in the different parts of the UK. In dentistry we have three and a half very different NHS systems, four premises and facilities inspectorates and yet a single professional regulator seeking to bring consistency into this world of inherent inconsistency. With increasing devolution, that inconsistency will be accentuated.

Another desirable aim of any reform would be that of facilitating a clearer, shared understanding of who is responsible for quality and standards, and quality improvement and providing a framework for interested parties to work together on these issues. I’ve previously stated my own belief that these are matters for the profession, the colleges and faculties, not regulators.

We would all wish to see a greater determination and clearer commitment to pursue the stated aims of healthcare regulation, especially in terms of achieving proportional, ‘right-touch’ regulation that is also cost-effective and supportive of healthcare delivery.

Some regulators do pretty well in many of these respects but others have a less glorious track record, and unfortunately for the GDC this bright spotlight and magnifying glass of external scrutiny has come a little too soon for comfort. It seems almost inevitable that the opportunity will be seized to slim down the number of regulators.

The GDC may well be one of the regulators left fighting for its life, and in saying this I can anticipate a rousing chorus of approval from an exasperated dental profession. The GDC does not start from the best of positions, not least because of the relentless criticism of its performance in recent years. But despite the best PR efforts of the GDC, the past keeps returning to haunt them.

As recently as January, when the House of Lords should have been discussing the Section 60 Order, a report from the PSA, following its investigation of the latest whistleblower allegations was discussed.

During that House of Lords debate the preliminary question arose of whether the Section 60 Order would simply paper over the cracks of a failing regulator. Lord Hunt led the charge: ‘The real question before us is whether the General Dental Council is a fit and proper organisation, capable of implementing the changes’. He then made reference to the PSA report: ‘I read this report with considerable disquiet’ he said. ‘I do not think I have ever seen a report relating to a statutory regulator quite like it.’

Lord Hunt is leading a call for the GDC chair, Bill Moyes, to resign, but his concerns go a lot further than that: ‘Frankly I would have expected the entire board of the GDC to resign in the light of that report…I understand that the chief executive has resigned but no one else on the board seems prepared to take responsibility for a culture that has clearly lasted over a good many years. That is not acceptable. Can there be any confidence that this organisation is fit for purpose? I now understand the concerns that the profession has about the GDC. I had not realised until I went through this information just why there was so much angst in the profession. It is absolutely justified’.

Anyone reading this would see little prospect of the GDC being able to survive any upcoming cull of healthcare regulators, but the dental profession should think hard before it joins the lynch mob. A profession such as dentistry should not be relegated to the status of an irritating sideshow for another regulator that doesn’t understand dentistry.

That same nervousness that pervaded the Scottish Referendum and is likely to pervade the four-month lead up to the European Referendum, would serve us well as the reforms of healthcare regulation take shape. It is easy enough to jump on the populist bandwagon. But are any of us entirely confident that any of the possible alternatives would really be so much better?

Rather like attempts to rescue and salvage a failing relationship or marriage, it is sometimes worth pausing to remember what brought us together in the first place – in this case, dentistry. If you don’t understand it or care much about it, the task of regulating it is made very much more challenging and less likely to be successful.