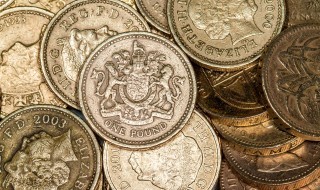 Susan Hutter explains how the new Budget will affect dentists.

Although the outlook for the UK economy is not as bright as it was when the Autumn Statement was announced at the end of last year, the Chancellor still managed to deliver a fairly ‘upbeat’ Budget, which was designed to help small businesses.

The main points of interest for dentists are:

The current rate of corporation tax is 20%. This will be reduced gradually so that by April 2020 it will be 17%.

This is fairly low compared to some of the UK’s major competitors and is obviously good news for those that trade as limited companies.

The Chancellor has reduced the rates of Stamp Duty on lower priced commercial property. There will be no charge on properties costing up to £150,000, 2% on the next £150,000 and 5% above this.

For those who wish to buy or have bought commercial property as an investment, this is good news and is effective from 16 March 2016.

For those of you who are self-employed, the good news is that class 2 National Insurance is being abolished from April 2018.

The current rate of capital gains tax is a flat rate of 28%. From 6 April it is being reduced to 20% for higher rate taxpayers and from 18% to 10% for basic rate taxpayers. This does not include gains on the sale of properties.

Although the details were not clear at the time of writing, it seems that the Chancellor is bringing in a new lower rate of capital gains tax for long-term investors in unlisted companies. For up to £10m of lifetime gains, the flat rate will be 10%. This appears to be an extension of entrepreneurs relief.

There was good news on pensions as it was expected that all or part of the tax free lump sum, currently a maximum of 25% from a private pension scheme, would become taxable. It was also expected that tax relief on premiums paid into a pension scheme would be limited to a basic rate tax. The Chancellor did not introduce either of these measures.

Furthermore, the level at which the 40% tax band comes into play, currently £42,825, will increase to £45,000 from 6 April 2017. Therefore, effectively, the 40% band will not start until income is £56,500 pa. This is particularly useful for those who share income with lower rate tax paying spouses.

Although the above was introduced in 2012, it will not really start to ‘bite’ until April 2016. From that date, limited companies that own a residential property with a value of more than £500,000 on 1 April 2016 will be subject to an ATED. However, if the property is let out at a commercial rate to a non-connected person it will be exempt from this.

18hr
|
Dentistry
Dentistry Online uses cookies to give the best experience. If you continue to use our site, we will assume that you agree to the use of such cookies. Read More.
Accept