How to recommend private treatments 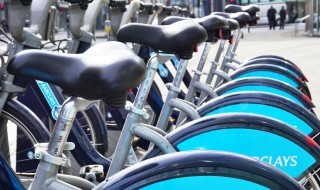 How to recommend private treatments

Kevin Lewis explains how ‘ridiculous’ the NHS and GDC guidelines are on how to recommend private treatments.

Many years ago, in my role at Dental Protection, a patient was bringing a negligence claim against a dentist in Australia on the basis that she hadn’t been warned about a possible adverse outcome resulting from some treatment she was having done.

The value of the claim was grotesquely overinflated by the law firm into whose entrepreneurial hands the patient had fallen. A significant part was a claim for lost future earnings, with the patient allegedly unable to work for the rest of her life.

There may well have been some grounds for this supposition, given that there was slender evidence that the patient had ever been regularly and gainfully employed in her entire life up to that point.

Clutching at straws perhaps, it was suggested that the absence of any credible employment records was due to the fact that the patient in question had up to now mostly been self-employed, as a freelance clairvoyant. The solicitor who was assisting the defendant dentist on our behalf made some enquiries as to the patient’s future earnings potential as a clairvoyant, and indeed questioned how good she was – given that if she was half as good as she claimed to be, she should have been able to see this event coming long before she attended the dentist.

I was reminded of that case on reading the other day about the chagrin of Chris Hill-Scott, the IT developer who with two school and university friends co-founded the company, Swiftkey. The company developed the predictive text technology that graces most of the mobile devices we use today.

Eight years ago an impoverished Chris, then aged 21, sold his stake in the company to his two friends for the princely sum of one bicycle. His two colleagues will not be seen riding bicycles any time soon, as they have just sold the company to Microsoft for £174 million. I don’t think Chris Hill-Scott saw that coming.

Bicycles have a special place in London’s recent history. The open warfare between cyclists and taxis in London is the stuff of legends and the festering bad blood has been worsened by the promise of cycle superhighways stretching across the capital, and confiscating some of the routes favoured by taxi drivers.

It is just as well, therefore, that London’s taxi drivers are not required to point out to everyone that jumps in the back of a cab, the proximity of the nearest bus stop, nor the location of the nearest rank of ‘Boris bikes’. Buses and bicycles are much cheaper forms of travel than cars and taxis, I grant you, but ‘you pays your money and you takes your choice’ (as they say).

But in healthcare and especially in dentistry, different rules seem to apply. The NHS and even the GDC – not to mention the usual suspects such as the Consumers Association and the Office of Fair Trading – are of the opinion that anything more expensive than the cheapest option is inherently bad and should always be viewed with the deepest suspicion. The default position is that all patients must be steered towards the NHS rather than being allowed a free choice. Why this should be so strikes me as one of life’s great mysteries. I fully accept that the NHS has a special place in the nation’s heart and psyche but I had not fully appreciated what a special place it also has in the nation’s mouth.

An optician can advertise and sell top-end designer frames for NHS spectacles, can charge accordingly and has no obligation to mislead the consumer into believing that they are actually bog standard NHS frames heavily disguised as designer frames. You can purchase private medical insurance in the knowledge that you could have your hip replacement with the minimum delay and at a time to suit you, instead of taking analgesics and sitting on an NHS waiting list – in both of these cases you pays your money and you takes your choice.

You can pay privately for a total health screening package from any number of providers, and have a personal report in your hands within the week. Or you can wait a few weeks to see your local GP, be given some antidepressants and be told to get a grip and come back in a month. Again you pays your money and you takes your choice. But in Standards for the Dental Team, the GDC’s position leaves no room for doubt:

The NHS Choices website is similarly unambiguous, although alarmingly selective with the truth:

There is a strange irony in the fact that if you stick rigidly to the NHS Choices line, you could be denying the patient a properly informed choice and contriving to mislead patients. You would be an accessory to the NHS’s own deception. Which in turn would bring you onto a collision course with the GDC guidelines.

The notion that everything in life can be provided to an identical standard at a flat rate price is of course ridiculous – but at least in UK dentistry it is officially ridiculous. So that’s OK then.

Tell me about it

Take my analogy of the taxi driver generously pointing out that he was approaching a bus stop and could see in his rear view mirror that a bus was approaching that could take the passenger to the requested destination at a fraction of the price. When did you last jump into a taxi to escape torrential rain, only for the driver to pull to the side of the road later in the journey to point out that the rain had stopped and the sun was shining?

To accept that either has ever happened (or ever would) would take a suspension of disbelief. But I was sitting in the back of a taxi recently, bravely explaining to the driver that taxi drivers had it easy and dentists had much greater obligations to make patients aware of the availability of cheaper options like NHS treatment.

Dentists could never suggest that they could provide any better care than anyone else, at any price. Nor could they suggest or imply that if the patient were to pay more, there was a faint possibility that the treatment might be better in some way or another.

‘Yeah, I know all that mate’ said the taxi driver, ‘it was the same for me when I was a dentist.’

4d
|
Private Practice
Dentistry Online uses cookies to give the best experience. If you continue to use our site, we will assume that you agree to the use of such cookies. Read More.
Accept