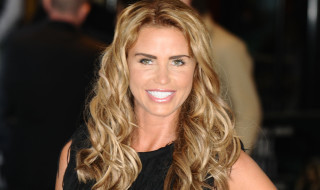 Katie Price has been accused of digitally whitening her son’s teeth in a photo posted on social media.

The photo of Katie and her son, 10-year-old Junior, immediately attracted criticism when it was posted on her Instagram account.

In the photo, both Katie and a Junior appear to have flawless skin, whilst Junior’s teeth are brilliantly white.

Katie captioned the photo: ‘Me and my gorgeous baby boy Junior with me at panto today love love’.

In response to one commenter’s requests to know the brand of makeup Katie was wearing, one user said: ‘It’s an app…she’s air brushed herself and her child as well as whiten his teeth.

‘I’m sure he is a cutie without the touch ups. It’s called face tune.’

Another objector commented: ‘Oh my god you can clearly see she has airbrushed herself and junior’.

There has been no word so far on Katie’s reaction to the online criticism.

Meanwhile, Katie has spoken out against criticisms related to her other children.

Katie told her critics to ‘get over it’ and that she ‘wasn’t going to justify’ her decision to have her toddler daughter’s ear pierced.

Continuing her defence, she said: ‘I’m going to put highlights in Junior’s hair next week, let’s see what you say about that!”

Katie also came under fire in December, when the glamour model shared a photo of her eldest daughter, Princess, wearing heavy make up and pouting. However in this instance, Katie backed down. On her appearance on Loose Women, Katie agreed that the photo may not have been appropriate. Said Katie: ‘You’re all right. I was in the wrong. ‘I wouldn’t let her go to the shops like that. ‘She’s been offered a lot of high fashion stuff since that and I had to think “Katie, what are you doing?” I had to say no. ‘I don’t mind being controversial with myself but not with my daughter.’

1634d
|
Celebrity News
Dentistry Online uses cookies to give the best experience. If you continue to use our site, we will assume that you agree to the use of such cookies. Read More.
Accept