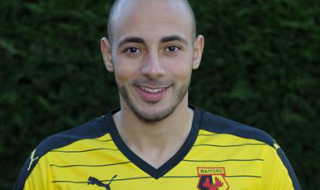 New Watford FC signing, Nordin Amrabat, has shown he’s on the ball with oral health, after a trip to the dentist.

The practice tweeted: ‘Great to Welcome Nordin Amrabat here @CGdentalcentre Good Luck vs Chelsea FC tomorrow to you and all @WatfordFC’.

Of the move to Watford, Amrabat said: ‘I want to help my team and do my best.

‘Hopefully I can make the team stronger with my qualities, I’m going to give 100% and hopefully make the fans happy.’

Chiswell Green Dental was a winner at the  Private Dentistry Awards 2015, which took place in London in December.

The practice picked up the award for Best Referral Specialist Practice.

The Private Dentistry Awards 2016 will be held on 9 December this year – make sure you save the date!

Great to Welcome Nordin Amrabat here @CGdentalcentre Good Luck vs Chelsea FC tomorrow to you and all @WatfordFC pic.twitter.com/PKfLr9Ygk3

1645d
|
Celebrity News
Dentistry Online uses cookies to give the best experience. If you continue to use our site, we will assume that you agree to the use of such cookies. Read More.
Accept