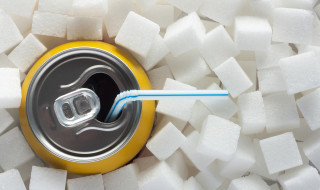 The introduction of a sugar tax was discussed in Parliament recently, Michael Watson reports on the contrary view put forward by Will Quince.

There is a groundswell of opinion in Parliament, led by Dr Sarah Wollaston MP, chair of the Health Committee, that the Government must take action against the nation’s growing taste for sugar.

In this they have the support of dentists, doctors and other health professionals who are alarmed about childhood obesity and its effects on general health as well as the effect of sugar on children’s teeth.

Last week Dr Wollaston led a debate in the House of Commons calling on the Government to bring forward ‘a bold and effective strategy’ to tackle childhood obesity.

In a speech, which covered reformulation, advertising and promotion, she devoted some time to the issue of a sugary drinks tax, as part of the overall strategy.

In advocating a sugar drink tax, Dr Wollaston had support from MPs across all sides of the Commons, except for one, the Conservative MP for Colchester, Will Quince.

He was a brave man, especially as he admitted that he enjoyed his food and was in no position to ‘lecture others on obesity’.

He was frequently interrupted by MPs including Dr Wollaston, who questioned some of the medical statistics he was quoting.

He was against any form of sugar tax calling it illiberal and patronising – in his view, ‘nanny statism at its worst’.

He said that consumption of sugar per head in the UK was falling, not rising.

Consumption of soft drinks had fallen by 5.2% since 2011 and by 19% for the high-calorie variety.

He added: ‘Regular soft drink purchases are now at their lowest level since 1992.’

Quince claimed that a sugar tax would make sense ‘if the evidence suggested that a soft drink tax implemented anywhere else in the world had actually worked.’

We will shortly know, when the Government publishes its obesity strategy, whether a sugary drinks tax will be introduced.

In briefings to the media, Cameron’s staff have blown hot and cold recently.

But sometime soon they will have to say if they agree with Dr Wollaston or Will Quince.

On a personal note, I used to practise about 10 miles from Colchester, which has a high level of natural fluoride.

So from any oral health perspective, perhaps the views of the local MP have some validity, but this does not apply to obesity.